Share All sharing options for: Spaulding Roundup: More Than Effort

With four games into this season CRN is trying to turn up the intensity in terms of total preparation from his team. CRN is looking for more than effort from his players:

UCLA coach Rick Neuheisel has consistently praised the effort his team gives in practice and games, but Wednesday he said the Bruins need to do more before hitting the field. […]

"I think everyone could work a little harder in preparing themselves," Neuheisel said. "I don't think the effort level is off. I think we're getting what we need to get out of guys, but I think we can prepare mentally more for practices, and consequently, have more to give on a game day, too."

Neuheisel has a frame of reference outside of UCLA, since he was the head coach at and , and also served as the offensive coordinator with the NFL's Baltimore Ravens.

"We've got to prepare with more anticipation skills," Neuheisel said. "A lot of that is just one-one-one conversations with coaches. Just come in and ask questions, look at tape and ask more and try to learn more about the game.

"The more you can learn about the game, the more you can anticipate what's going to happen, and now you can be where you need to be on a fitted block, or on a route, and the window you're supposed to be (in), and (the quarterback) can let the ball go a little early.

One of the guys, who is likely paying very close attention, is red shirt sophomore Jake Dean. Jake took over the C spot three games ago after Micah Reed went down. Jake has done a little more than stepping up as he has emerged as the new anchor of Palcic’s developing front line:

Dean will make his third consecutive start at the position on Saturday against . The coaching staff this week said he has played well in Reed's absence, so much so that when Reed returned to the field last week, it was at guard.

"Jake Dean is another pleasant thing for us to watch grow and develop," UCLA coach Rick Neuheisel said. "He is a pretty darn good center. He's got a chance to be a guy who can be in that role for a long time, knock on wood.

"It's been a relief for us. for him to go in there and play like he has played since the point in the BYU game when Micah went down, I can't say enough good things about him."

A redshirt sophomore who had never played before stepping in for Reed against BYU, Dean has anchored a highly inexperienced line that is maturing and coming off its best game of the season -- it paved the way for 234 rushing yards against Fresno State.

"I don't want to say I've done better than I thought I would, because that means I didn't have any confidence in myself," Dean said. "I'm happy with what I've been doing out there and just want to improve on it."

Hopefully Jake keeps it up and goes into this next game with same focus he has shown in his last three. His team-mates Reggie Carter spoke out about guarding against over confidence heading into Saturday:

"We lost the last three games, so you can never overlook a team," Bruins linebacker Reggie Carter said. "We approach every opponent like they are the best and we're the worst."

But a victory would be a tremendous stepping stone, Carter said.

Reggie will need to make sure there is no drop off in his intensity level for this game compared to previous weeks. Look for kids like Reggie Carter and Brigham Harwell to step up and provide leadership making sure their young team-mates are not taking Cougars for granted, who are going to be just as hungry and desperate for a win. Speaking of Harwell and leadership, make sure to check out this fantastic must read profile in PE.com. Without a doubt Harwell sounds like one of those kids, who give lot more than effort as outlined by CRN. 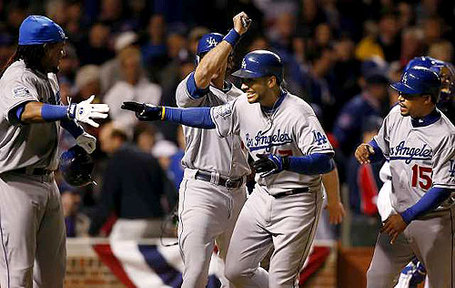