Share All sharing options for: Celebrating Our Floor General

CrouchingBruin already fanshotted the fantastic profile of DC in the Oregonian. I have already read it couple of times but still can’t get enough of it. I think it’s time we start savoring DC’s remaining games as a Ben Ball warrior. I know we are going to take this season game by game because it makes it that much more fun. But I remember going back to 1995 how as senior students on campus we were savoring every game of Ed O, Tyus Edney and George Zidek. For some reason I am feeling the same way about DC, JS and AA2. LMR was the first official Ben Ball warriors who had a special senior day after four years under Howland. Since Howland’s arrival we also have had wonderful senior moments featuring the departures of DJ, CB and RH. But this year it will be something special. Saying goodbye to DC, JS, and AA2 after their 4-5 years of Ben Ball will be an incredibly emotional moment. I know I will feel the goosebumps when I see their last game at Pauley.  I am sure I will be writing stand alone posts on JS and AA2 before it is all over but for now at least I wanted to single out DC.

For some reason, sometimes I get the sense that DC has been underappreciated since his arrival in Westwood. We worship AA around these parts for all the right reasons and what he gave to our programs for three incredible years but perhaps its time to think about what DC has meant to UCLA basketball for last four: 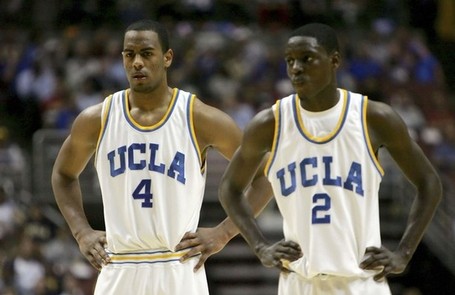 No doubt AA (and JF) were the two of the key cornerstones who started the Ben Ball party in Westwood. IMO, AA became the early poster child of what the Caretaker started with the incoming class of 2004. Then, we were blessed with the incredible talents of LRMAM, KL, and RW. All of them and JF left early (which was fine by me). DC will be the first CBH recruited All American who will be graduating after four full years in Howlandwood. That is worthy of celebration every game, especially when you read comments like this (from the Oregonian piece, flagged by bruinponcho):

"I said what I wanted to do, and that’s win a national championship, and I’ve had four years to do it," Collison said. "If I don’t do it, at least I can say I took four years to try and accomplish that."

Coach Howland expanded on DC’s leadership in a Daily Bruin piece zeroing on the senior pg "stepping up once again":

After the game, coach Ben Howland expanded upon the leadership Collison brings to the team.

"He’s very calming because he’s so good," Howland said. "He’s a big-time player, which there is no doubt about."

In addition to making big plays, Collison displayed a great ability to calm down the Bruin offense, orchestrating a patient offensive attack against the Ducks’ 2-3 zone.

"First of all, it’s really hard to pressure him," Howland said. "He handled the ball for 38 minutes and had one turnover today, which I’m really proud of."

More from the article on DC’s steady leadership:

"You don’t want to change what you’ve been doing from the first tip-off all the way up to the end of the game," Collison said. "You want to continue to execute the same way you’ve been executing the first half. When it did get loud, we just remained poised and took our time and executed."

With the Ducks mounting a comeback and the Bruins struggling to get good shots against the pressuring zone defense, Collison said it was a focus on getting stops on defense that allowed the Bruins to come away with a victory.

"We had the lead. It seems like they were getting momentum every time they got a stop; they were feeding off their crowd," Collison said. "So we just wanted to remain poised and quiet the crowd as much as possible."

Yes, the FT streak he is on right now is just sick (and reminds me of Tyus in his senior season). But what I am enjoying most about DC is watching him terrorize the opponent like a silent assassin. He is deadly (as usual) from the outside but he looks smoother in this silky drives right to the hoop. Yes, he got rejected in a dunk attempted against the Ducks on Sunday afternoon but he was killing them in the second half while driving to the hoop. He was fearless, just like he has been in so many clutch situations during last four years: 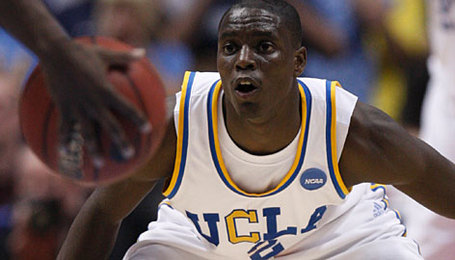 Too often college basketball fans from elite programs feel sorry for themselves when elite talents leave early for the NBA. UCLA is not an exception as I often read a lot of moping about the great players who leave for the League early. As I have said before I have no grudges against Ben Ball warriors (specifically Howland recruited players) leaving early. More power to them. Yet, I think it is more important to celebrate and appreciate every senior moments of warriors like DC (as well as JS and AA2) who have given everything to the magical four letter word infront of their jersey: 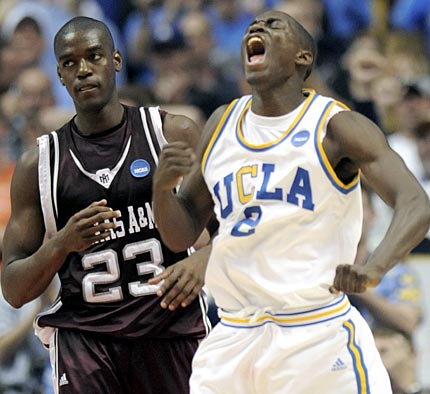 To me DC represents everything that is special and holy about UCLA basketball.

Let’s enjoy him. Let’s root for our unquestioned floor general rest of this season. It will make the season even more fun.