I am sure many of you have already read the latest piece of trashy reporting from Chris Foster today in the LA Times. Chris Foster is the same beat reporter who has been pushing misinformation on Stan Hasiak in recent weeks.

Well today Mr. Foster wrote a huge story on - get this - a college football head coach (who was a former Rose Bowl champion/MVP quarterback) being tough on his QBs! It's an epic piece for the LA Times. They had their UCLA beat reporter (who hasn't provided anything of substance on UCLA's upcoming opponent on what is shaping up to be the biggest regular season game to date) write up 1,109 word novel on how UCLA head football coach communicates with his quarterbacks.

It's huge expose! Foster tried to get something negative out of both Kevins (Craft and Prince) on Neuheisel but neither Prince nor Craft bit on Foster's gotcha game (no link for trashy articles per BN rules so I am just going to bold the parts I would have linked if it were a legitimate news story):

"It took me a little bit of time to understand why Coach Neuheisel does that," says Kevin Craft, who was often the object of red-faced, drill-sergeant-like rants when he was the starter last season. "He's passionate about this and wants to coach us, and he's doing it in a manner that it's on you." [...]

"You just have to play like you know how and accept the criticism when things go wrong," Prince says. "That's the way Coach Neuheisel coaches. He gets riled up and wants to win badly."

So then Chris tried to get something juicy out of former UCLA QBs. Unfortunately for the so called beat reporter, the former Bruin QBs essentially validated what CRN has been doing by comparing him to legendary Homer Smith (the best OC UCLA had in last 20-30 years prior to arrvial of Norm Chow):

So nothing there either. So Foster then called up CRN's former QB at Colorado to find out whether he would dish out some dirt on CRN:

Hessler remembers that in 1995, after he threw for five touchdowns in his college debut, an upset over 10th-ranked Oklahoma, Neuheisel told him, "You deserve it, kid. You deserve all this."

But then, two years later against Michigan, a national television audience watched the coach rail at his quarterback before Hessler even got to the sideline.

"We had a love-hate relationship for a long time," Hessler says. "He chewed on me harder than any steak I have ever chewed on. It's because he expects a ton."

Well nothing unusual there either. So then Foster tried to dial up another former CRN coached QB and OMG looky here apparently he found some dirt!:

Another former Neuheisel quarterback doesn't seem as forgiving. Toronto Argonauts quarterback Cody Pickett, who played four seasons for Neuheisel at Washington, declined to be interviewed for this story, saying through a team official that he was uncomfortable talking about his former coach.

Oh man.  There it is! Did you catch it?! Neuheisel's former QB is not "forgiving"!!  The LA Trojan Times found the big scoop!. 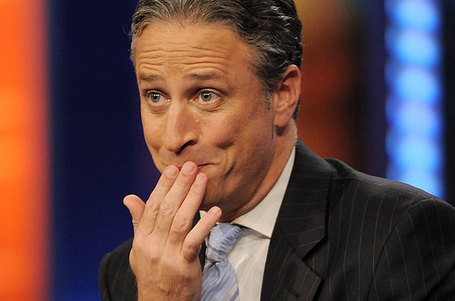 So Chris Found this huge scoop! Apparently one of Neuheisel's former QB is not so "forgiving" for the interaction he had with CRN during his time at Washington. Except uhm not so much per Ted Miller on ESPN, who covered Neuehisel for years when he was the beat reporter for Washington Huskies (HT to Centric.):

I covered the Huskies when Cody Pickett was the quarterback, and I don't recall Neuheisel being terribly hard on Pickett. What I do remember is Pickett hating interviews, which strikes me as a more likely reason he turned down an LA Times interview request.