When is the last time UCLA lost to three (two really depending on how you look at it) mid majors in basketball, and USC in one weekend? I don’t want to ramble about things that I can’t speak intelligently about so I’ll leave the basketball debacle to you guys. As for football, I can raise my hand here.

Before we go into any heated debate over the rights-and-wrongs in the game of rivalry and competition, I would like you to absorb my opinion for consideration: I don’t really care about the call, I care about the fact that Peter cried about Stanford for trying to break the half-century mark and then did the same thing to UCLA. Also, watch the video of the "near fight" here. The fact that the UCLA players weren’t complaining before the PAT tells me that they didn’t care about the play, but the about fact that SC was taunting them and acting like they just destroyed UCLA (more on that after the jump).

So aside from that game ending cluster, I’d like to actually talk about the game. While everyone is “unleashing the fury” (no offense, i don’t mind it, just use smaller letters) 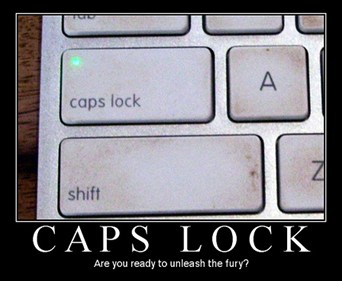 ...in their blogging device of choice, let’s get down to analyzing this game!

The box score is here for anyone who wants to follow along.

That discounts turnovers (fumbles, INT’S, and turnovers on down). That is a performance for the ages.

Allowing U$C to score a mere touchdown when handed fair terms is absolutely amazing. This loss, contrary to the beliefs of some, was all on the offense.

Starting with Prince, KP was missing men that he had nailed against not only the shameful Washington teams, but OSU and ASU. I don’t know if it was nerves, or just the freshman factor. KP will get another shot (duh) in 370 days), but then again, he isn’t “Cade bashing" just yet.

I got a few questions about how I felt about the running back selection via email, so I’ll answer them here for everyone to see

Against, U$C, there is something called pulling out all the stops, or playing to pick up the scraps. CRN and CNC chose to go with Moline as a “no-liablity” clause in their game plan, and let the defense literally shut down the Trojans.

When you plan to pick up the scraps, it isn’t playing “not to lose," but just a different way of looking at how the Bruins were going to pick up points.

Now, there is the argument that Coleman should have played more, but let’s take a look at similarities in past “defensive” opponents.

While they aren’t exactly high in national rankings, both teams run a 4-3 (well, USC not as uniform as UT), and the YPG are pretty close.

I can’t argue numbers as a fan, so there has to be something else there, and Chane did well against ASU, a better defensive team than USC, so why not put him in.

It’s tough to argue unless you can show that you know that Coleman performs good against good defensive units.

Blame it on FSN, no more 7:00 games for Crosstown games