What do you see in this photograph?  If you answered three Ben Ball Warriors and one scrub, then you got it exactly correct.  Per N's request, I'm throwing up a comment I made earlier tonight as a more extended FanPost.  There's been a lot of chatter on BN about what ails CBH's squad.

The answer is pretty simple: for every stud CBH has brought to Westwood, he’s brought in at least two scrubs. Now it’s caught up to us, because all of our legitimate guys have left for the NBA or graduated. Let’s take a look at past CBH recruiting efforts after the jump.

When you break it down year-by-year, you come to only one stark conclusion: CBH has been dropping the ball on the recruiting front the last few years.  His best recruits came at the beginning of his tenure and it makes one wonder what has changed in that time to make him strike out on so many guys.  Part of the problem is definitely the AAU hype machine, but something else, be it CBH or his staff, is leading us to really screwing up on the recruiting trail.

Here's how it looks:

Seeing that our 2009 recruits are freshman, I think it’s a bit early to post any judgment on them yet, especially since we’ve seen either very little or none of Honeycutt, Moser, Lane, or Stover.  I am encouraged by what I've seen from Nelson.  He doesn't have a lot of talent, but he works his tail off, and if he can improve his screens and the hedge, he looks to be the next LMR.  LMR wasn't a superstar, by any means, but he was a crucial component to our success. Hell,  I still have my Lorenzo Mata Super Fan Club t-shirt.

Ironically, if Stanback stayed, he’d be playing major minutes. Dude couldn’t be patient and man up and play defense. Sucks for him.  Instead of being the star attraction in Westwood (on this weak-sauce roster), he's averaging 22.1 minutes and 7.1 points at UNLV.  Foolish move kid, but foolish for CBH bringing in a mentally soft kid and/or not convincing him to stick it out and wait until his time came. 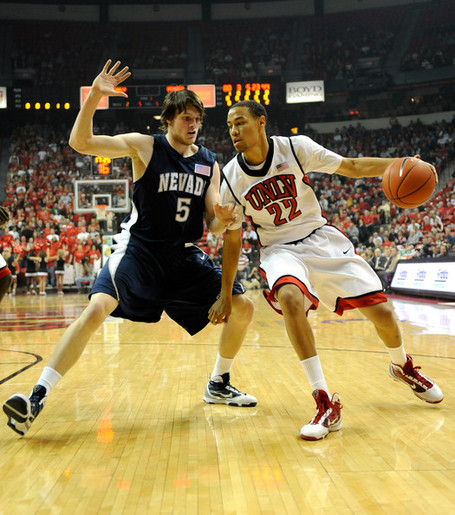 You could be starting in Westwood. Bad call dude. - Photo by Ethan Miller/Getty Images North America

Anyway, take a look at the guys we’ve brought in. Since 2006, the only two players who came in with legitimate talent were KL and RW. They’re both in the NBA now. Since 2006, CBH has failed to bring in any quality players who would form a foundation for this next generation. There have been no players like JS, DC, AA2, or LRMAM brought in since 2006. That’s four recruiting classes and I’m seeing a lot of hype, but no results. The perfect example of that is Jrue Holiday.  JH is the face of the AAU hype machine.  Like KL, he was the guy coming out of high school, but unlike KL, the hype never came close to matching the results.  He was self-promoting prima donna who is now getting splinters from the bench in Philly.  Like Stanback, shame on CBH for bringing in the guy and/or not being able to explain to him that returning and having a strong sophomore season (as the undisputed leader and star of this squad) would have done for his draft stock (and thus his contract). 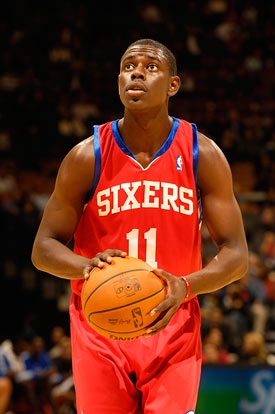 Jrue is shocked to actually get to hold the ball - Photo Credit: www.csnphilly.com

Look a rare sight: Jrue on the court.  Don't fret: now that Iverson is back, Jrue will see the floor as often as we see Haley's Comet.  But I digress.

I love the defense and toughness CBH brought to our program and there’s no denying what’s he’s done in the past. But in the past he did it with guys with the mental toughness to accompany the physical tools. The guys he’s brought in since 2006 are all soft. And I still have no idea why we brought Dragovic in. Forget his off-the-court issues: on the court, he sucks. Period. His defense sucks. His offense sucks. He’s too soft to play power forward and he’s too slow to play small forward. What the f**k is he good for? And what’s more disconcerting is that no one is able to steal his starting spot from him.

Howland needs to pick it up on the recruiting trail. He needs to stay away from the super-hyped AAU prima donna assholes like Gordon and Holiday and get back to going for tough-nosed guys who will work their ass off like LMR, LRMAM, and AA2. You find those guys and bring them in. You then bring in a couple stars, but not a whole class of AAU prima donnas. That’s why our teams worked before: JF and AA were the stars and their supporting cast did a hell of a job with tough, blue collar work. There’s no way UCLA smells a Final Four without AA2, LRMAM, and LMR. Period. 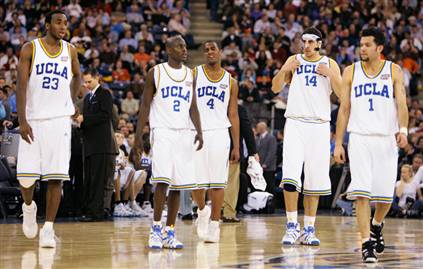 That’s what we’re missing and our recruiting shows it. It’s on CBH. He needs to turn it around and bring the guys we need who can turn this around.

I can’t think of an NCAA champion in the past decade that did not a heavy dose of AAU talent on the roster. If you want to win, you have to take the most talented players and learn how to run a system that develops them and maximizes their talent.

I love the movie Hoosiers, but the world doesn’t work that way, unfortunately. You either have to learn to fit those type of AAU players in, or you have to accept that you may never get to the top of the hill playing with the blue collar guys. And I don’t think that is necessarily a bad thing, but you can’t hold a coach to National Championship standards and expect him not to recruit the most talented guys available. The key is can he make the transition personality wise and scheme wise to play with different types of players. That’s where the verdict is out on BH this season.

We had a great run at the final four, but we got blown out twice by Florida and once by Memphis, getting torched by teams with more talented and deeper rosters. You can argue Memphis was because of poor coaching on the defensive matchups, but regardless, we weren’t in that game.

He's spot on.  However, the most "talented" guys, or the common perception of talent, in many ways is controlled by the Scout/Rivals/AAU hype machine. That’s the problem. Who was the most talented guy in the 2006 recruiting class? James Keefe, the McD’s All-American, ND, the supposed Serbian sniper, or the 3 star kid who only snuck into UCLA because JF left early? 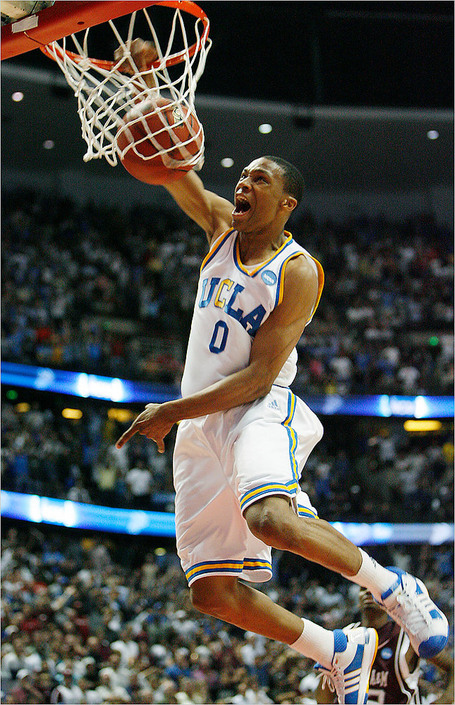 That’s my point: these kids were all part of the AAU hype machine. I think CBH has shown, during our Final Four runs, that you can make it to the big time with a blend of hard-working guys and elite talent. JF and AA were superstars in high school. But CBH built around them and gave them the right blend of hard-working blue collar guys to help them succeed. Moreover, when you bring in the high-hype AAU type guys, you need to bring in guys with the AA attitude, not the JH attitude. It makes a huge difference.

Why did we lose to Florida and Memphis? We were missing one piece. If you look at CBH’s recruiting classes, his Final Four teams were perfect, except for one piece: a 6’6" or 6’7" small forward. Someone athletic but long. Because that’s who killed us: Chris Douglas-Roberts and Corey Brewer. Tyler Honeycutt fits that mold and I’m glad CBH is finally waking up to that, but obviously, it’s a little late now and the jury is still out on the freshman.

Why do teams like George Mason, Butler, and Siena sneak into the Big Dance? How does a team like George Mason, with no AAU talent, make the Final Four? Experienced, hard-working seniors. You can’t bring in five superstar AAU hype machine headcases every year. You bring in one or two guys, the cornerstones, the faces of the program. But you build around those guys with somewhat less talented, hard-working, bangers. Guys who will get the nasty rebounds and play tough defense. Guys who will be in the program for 3 or 4 years. Combine that experience with young, elite talent and you’re golden. In other words, surround your Kevin Love with a LRMAM, a JS, and a DC. Give him a LMR to spell him off the bench. You’ll find yourself in the Final Four.

Fire away with your thoughts.  Our basketball program is hurting. CBH needs to take a play out of the CRN playbook and fix it the old-fashioned way: by hitting the recruiting trail and selling kids on UCLA and bringing us the kind of players, like AA, JF, LRMAM, AA2, LMR, JS, DC, etc. who will bring us back to the promised land.