The 2009 spring football guide is out. You can download a pdf version (courtesy of Brian Dohn) by going here. Here is a look at the cover boys for this spring: 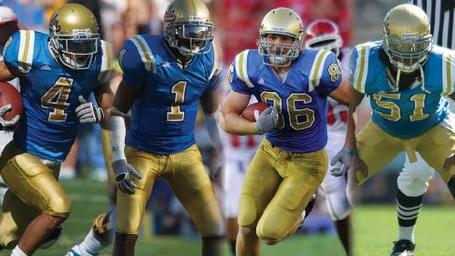 The guide is also available on the official site as well.

Hopefully Logan will have a better luck this year as he was also on the cover page of last year's spring guide as well.

Also the spring depth chart was out today. Among the moves that stood out to Dohn:

Also, I wonder how difficult it will be for Fortbath to improve on the performance of Jimmy Rotstein. Hopefully next year we will not see the defense having to deal with the opposing team consistently starting around the 40 yard line (at least that is what it felt like when Rostein was kicking off).

You can check out the whole depth chart (even though the format is garbled) over here.