Here we go. As rye noted in his game wrap Bruins pulled off a huge win yesterday in Palo Alto after losing a heartbreaker in the first game.

Let's hope Decker and his boy pull off a huge win that can potentially set them up for a nice run in next couple of weeks: 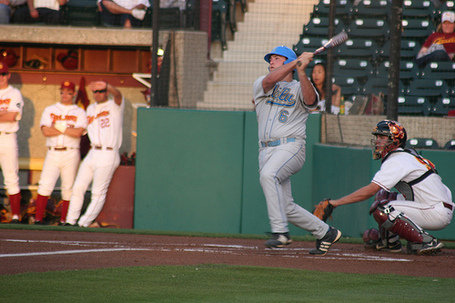 The first pitch is scheduled for 1pm PST. Charles Brewer is going to be on the mound today for Savage's Bruins against Stanford's Brett Mooneyham.

The game will be televised live on CBS College Sports (formerly CSTV).  If you don't get that channel, you can follow the action online by the gametracker in official website. You can also get rye's updates via twitter here.