Logan Paulsen and team are out there this evening for practice number 5: 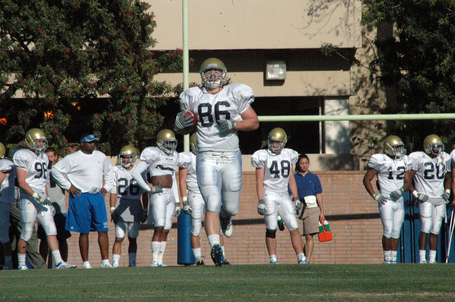 The practice gets started around 4 pm PST (going on right now). I believe it last for about couple of hours. So you can get there around 5 and still take in some action. The guys are supposed to have a "conceptual scrimmage" (per CRN's words) at the end of the practice today. So could be interesting to watch how Prince, Brehaut and others react in those situations. Couple of other team notes:

Not bad at all. Congrats to all those Bruins.

Anyway, back to practice if you are heading out there it might be helpful to print out the numerical list of our current roster. So head out there, check them out and let us know how the practices are going.