Bumped. Awesome post as usual from uclafan11 w some pretty sweet photos and unbelievable videos (!) that you will want to check out after the jump. GO BRUINS. -N

Okay, I've been dying to tell you all about our weekend in Tennessee!  I ended up finding a connection for my camera so my photos and some videos are loaded.  I will post something else later with more videos, but I am busting at the seems to share this with BN.

For business reasons, my family has a home outside of Knoxville and we are back here often.  Over a year and a half ago when we heard that UCLA would be in town to play Tennessee in 2009, we told our friends at Fan Travel and in the athletic office that if they needed any help with locations etc. to let us know.  We also offered our home for a sponsor or donor party if they needed a spot to have a function.  We went ahead and gave them some restaurants to check out and that was that.  Until a couple of weeks ago...

Continue reading after the jump.

My mom calls me and all she says is "Holy Sh*t!!!!!"  Of course, I am thinking "Did the NCAA actually finally come down on $c?"  but then I thought logically and realized it must be something else.  So I said "WHAT HAPPENED?"  and she said "The Athletic Department just called and would like to know if we can have the TEAM over to our home on Friday night before the game for dinner!!!!!"  I'm not sure what I said after that, but needless to say, we were BEYOND excited!  My mom, of course, said "YES".

So, on Friday evening all the players and some coaches (including Neuheisel) arrived at our door.  Below is the front of the house and one of the tables we decorated: 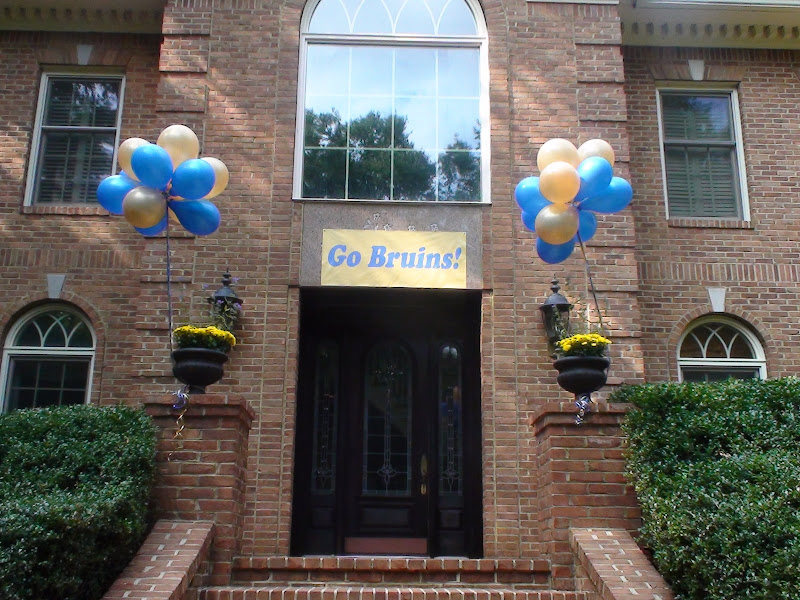 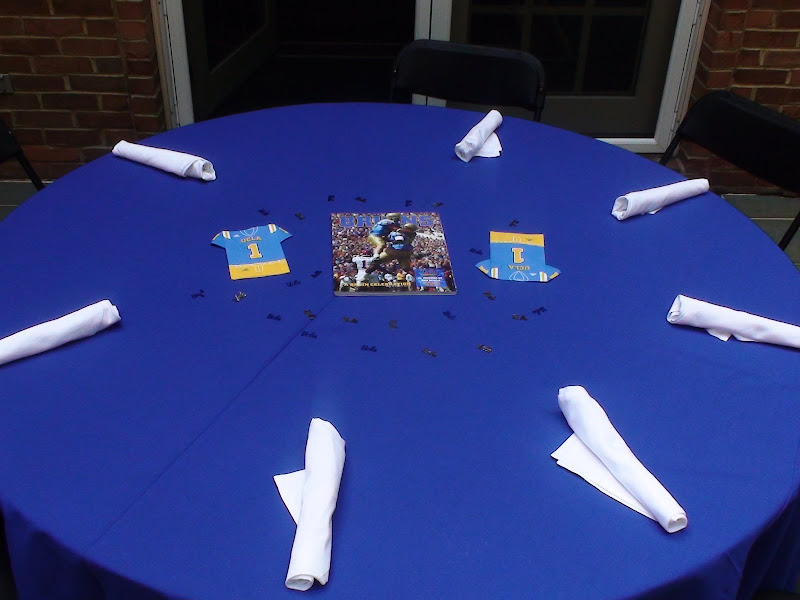 We put old programs and newspapers on the tables hoping the guys might be interested in browsing through them.  Turns out, they loved it!  One of my favorite shots is Richard Brehaut reading about 13-9: 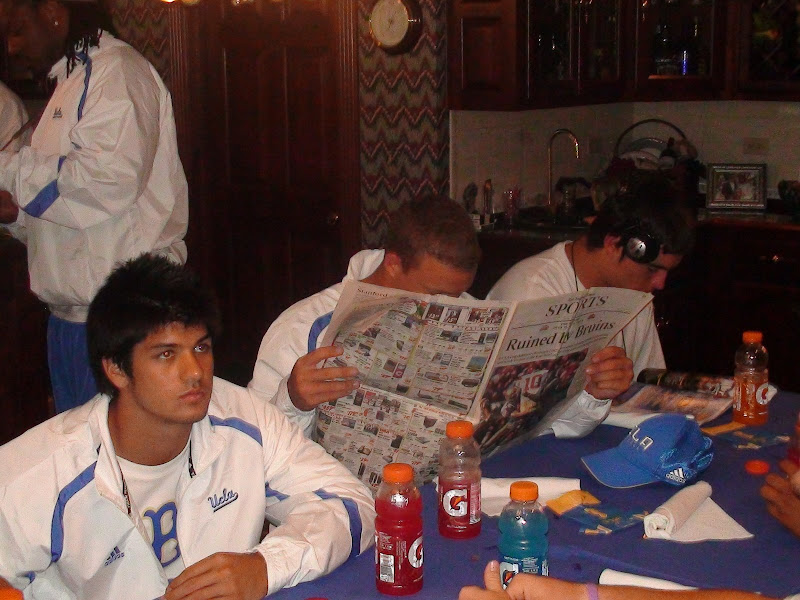 We had the Tennessee game from last year (starting at the 2nd half of course) playing in the living room. Once we announced that, the living room filled up with players and coaches wanting to watch.  The experience of watching a game like that with the team was just amazing!  I took a video at one point of the guys sitting. Here it is:

I still can't believe the team was in our house!  They were here for about two hours, which was even longer than expected because the guys wanted to see the end of the game!

We blew up a great picture from last year's game and the team signed it for us on the way out: 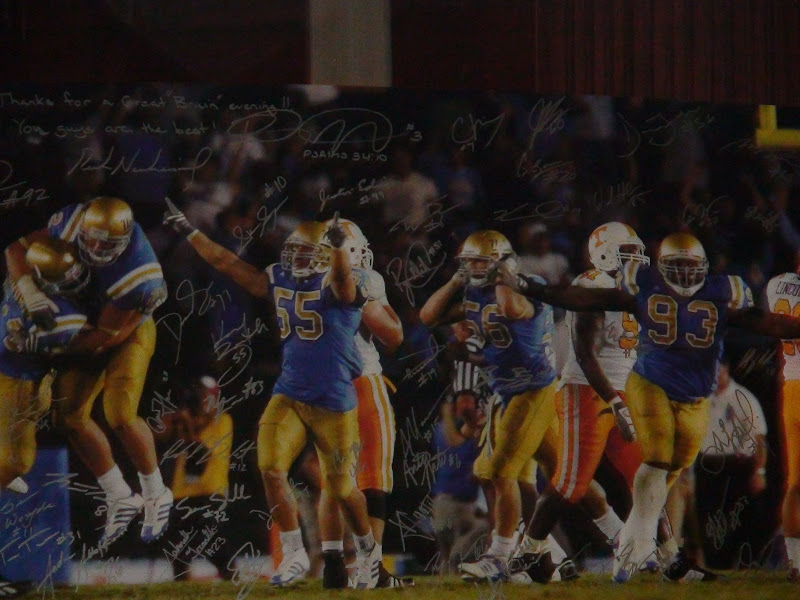 The thing that stood out to me the most was how polite, gracious and thankful every one of them was towards us.  They are just the kind of team that Bruins Nation would expect and be proud of to have representing UCLA.  This was an amazing experience for all of us and one we will, of course, never forget.

As many Bruins have blogged here, the game itself was a real treat and seeing a game at Neyland should be on your bucket list.  To say it is loud in there is a SEVERE understatement.  I've never heard anything close to that at any stadium.  Their fans are welcoming and kind, even in defeat.  Here is my video of the final minutes of the game and post game celebration!