A Little Walk Down Memory Lane: UCLA's Amazing Run In The 1980 NCAA Tournament

Share All sharing options for: A Little Walk Down Memory Lane: UCLA's Amazing Run In The 1980 NCAA Tournament

Erkki Corpuz who I think is up there as one of the best sports photographers in the country, was kind enough to pass on some amazing pictures taken by another Bruin fan - Frank Leone - capturing some wonderful memories of the 1980 UCLA basketball team. Frank graciously allowed us to share those pictures with rest of us here at Bruins Nation.  Watching them I got goosebumps. I think many of you will experience the same.

The photo above of course is Larry Brown in bell bottom (and hair) around Janss Steps. It was taken March 1980 a few days after our Bruins lost to Louisville in the 1980 Championship game.

Frank has few more to share including pictures of Julie Hayek (Miss USA 1983) [I am assuming that will make many jump after the flip].

So here is a picture of Mike Sanders addressing the crowd: 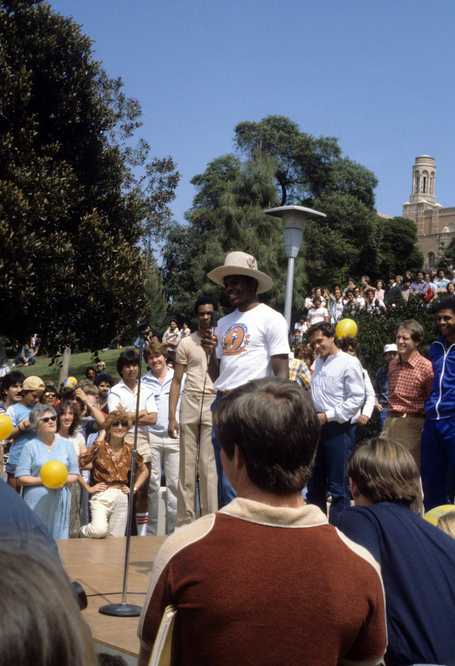 Here is Ms. Hayek (with Geoff Strand in the background): 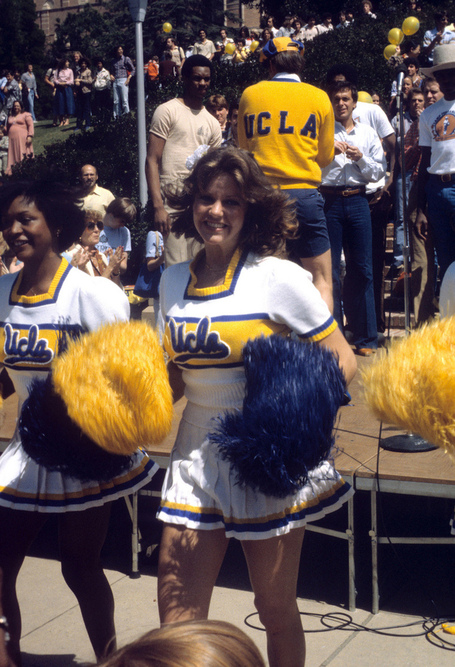 Here is a picture of Cliff Pruit: 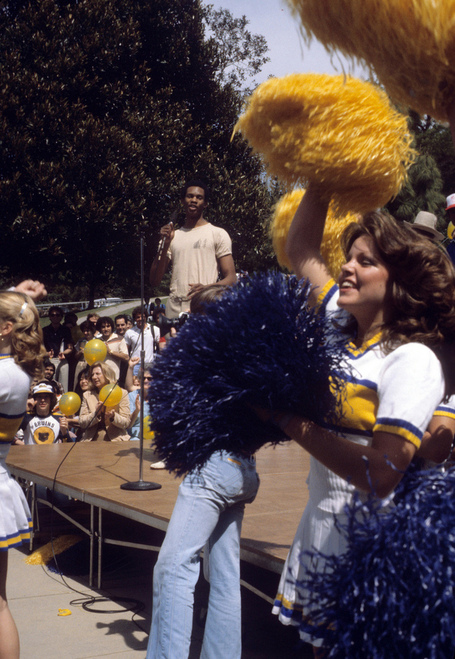 According to Frank that was the year when Pruitt "creamted" "USC lowlife Purvis "Top Gun" Miller" when the Trojie "gave our student section a post game one finger salute."

Of course the Rocket Rod Foster spoke to the Bruin fans that day: 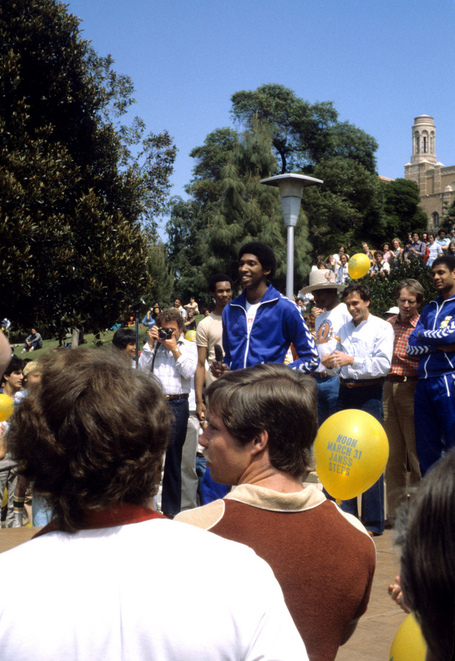 Along with Chancellor Charles (Chuckie!!) Young: 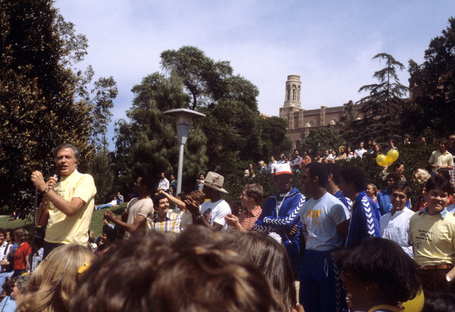 Remember that 1980 team was cast aside by the national media before the Dance. The infamous "Bruins in Ruins" SI article came out that year all but dismissing the Bruins from the national scene. Of course the team then barely got into the Big Dance and ran of 5 straight all the way to the champonship game.

The sense I get from Frank and other alums who follow the team is they have the same type of attachment to that team as many of the new generation of Bruin fans have around JF/AA's team that made its run to the championship game.

I am sure there are BNers here who can share some more amazing memories around that team. So if you have specific memories, don't hold out on us, share it with rest of the blue and gold nation.