Before getting to the guesses though, let's pause a moment to reflect on what has transpired so far.

Our Bruins football team is 3-0. That's a good thing.

But it's a 3-0 with a really big asterisk. It looks like this:

Our Bruins football team is 3-0. That's a good thing. A very good thing.But it's a 3-0 with a really big asterisk. 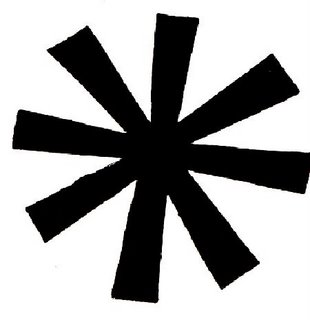 The asterisk implies that there is something about the 3-0 that's worth noting. Some point not worth mentioning in the original sentence, but important to keep in mind. It's like a metaphoric aftertaste.

Or maybe it's not an asterisk I'm after, maybe it's a caveat. To tell you the truth, I'm not sure.

And it doesn't matter.

I hate to say it, but if we weren't 3-0, there'd be something really wrong with the program. (I'm not going to debate the Tennessee win with everyone. It was a really good win. But Crompton is a really bad quarterback. If Tennessee is not definitionally a crappy team, Crompton's overall suckiness still provides them their green card to Crappyville.)

I'm left wondering if we played down to our opponents or if we've been taking things slowly first due to Kevin Prince's inexperience and then Kevin Craft's -- I dunno, ummm -- unique brand of Craftiness? I do know the defense has performed mostly very well and the offense has shown merely glimpses.

Still, three wins is three wins and they represent 75% of our total during 2008's Season of the Interception. I'm not complaining. I am acknowledging that except for the Washington State game, the going gets rougher from here on out.

So, this off week couldn't have come at a better time. It gives the team a chance to regroup (and settle into their routines, as classes began yesterday in Westwood). It gives the injured a chance to heal. And it gave us fans an extra week to enjoy this undefeated-but-asterisked feeling.

We have no game this week, so the guesses come from around the Pac 10.

As always, put your guesses in the subject line of your comments.