One of the things that really struck me upon the passing last week of Coach John Wooden was the outpouring of condolences from people throughout the nation. Whether the person happened to be a basketball legend, or someone who one would never associate with sports, the near-universal admiration of Coach that was expressed in the hours and days after the news of his death broke was touching.

As well as the outpouring of sympathy from individual figures through the media, the coverage which was provided by many media outlets; while ESPN provided extensive coverage to the life of Coach over last Friday night and into Saturday, many of the nation's newspapers devoted substantial coverage to Coach. Some to be expected due to geographical location and the resulting ties to Coach's legacy, others without an obvious tie. A recent post from Athletics Nation gave me the idea to create this post, looking at how Coach Wooden's death was conveyed by various newspapers from around the country. Thanks to the Newseum, the Washington D.C. museum of journalism, copies of the following front pages were available on the day of their publication.

The Daily News recieved top honors, for no other reason than for being based closest to the Encino townhouse that Coach long called home. Also to give the exiles like myself a taste of how the LA papers dealt with our loss

As one might expect for the main Indiana paper on the occasion of the loss of this native son, the Indianapolis Star provided extensive coverage of coach over the weekend, particularly shedding light on the lesser-known (to us) details of his life before Los Angeles. 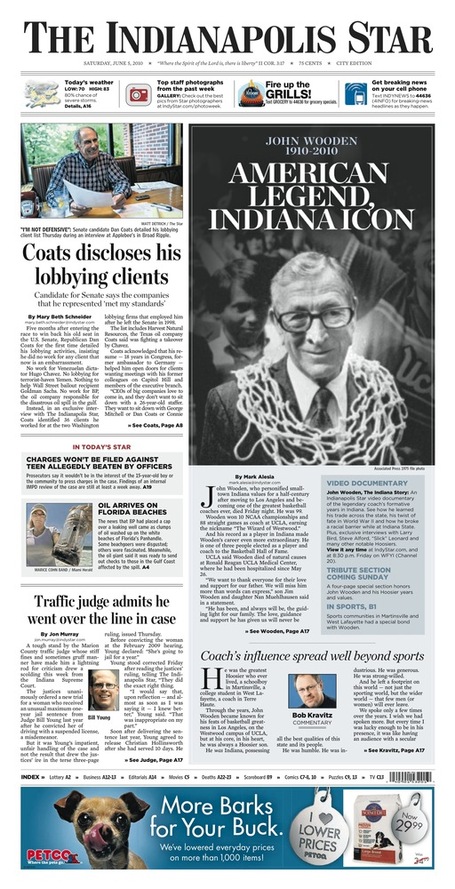 Let us not forget that Coach Wooden first gained renown as one of the great collegiate basketball players of his ear while attending Purdue University. The Journal and Courier, the newspaper published in the West Lafayette home of Purdue devoted the bulk of its front page to Coach's memory. 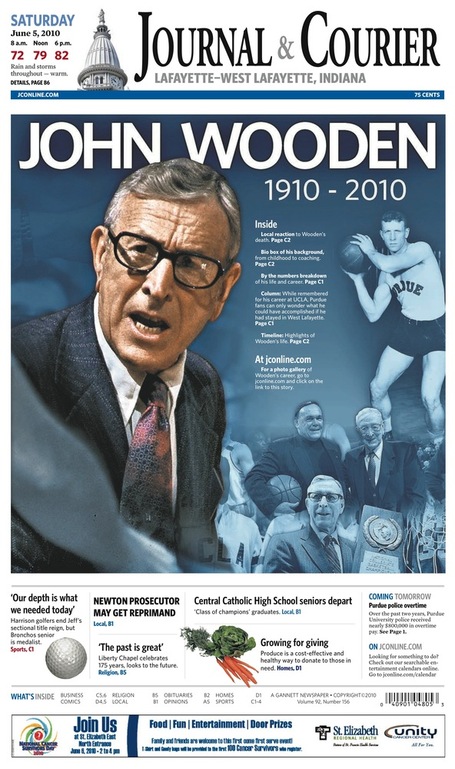 Coach began to make his name in coaching while leading South Bend Central High during the 1930's and early 40's. Fittingly, the South Bend Tribune featured the news prominantly on its Saturday edition. 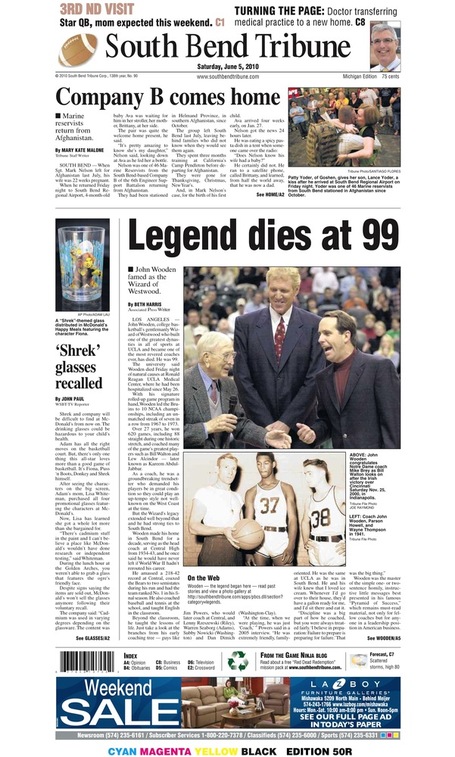 It was not just newspapers in Southern California and Indiana that gave Coach particular attention. The (Hampton Roads) Virginian-Pilot noted the passing of "UCLA's Coaching Legend" above the fold. 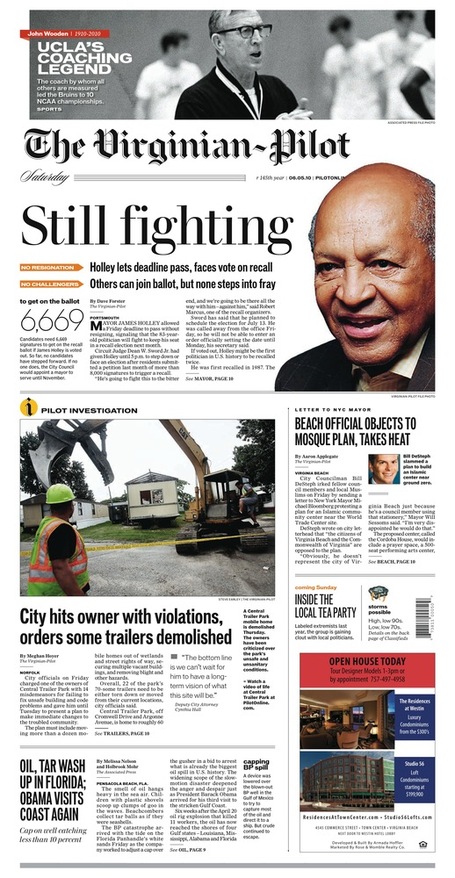 Texas got into the act as well, with the San Antonio Express-News also noting that Coach had died at the top of Page One. 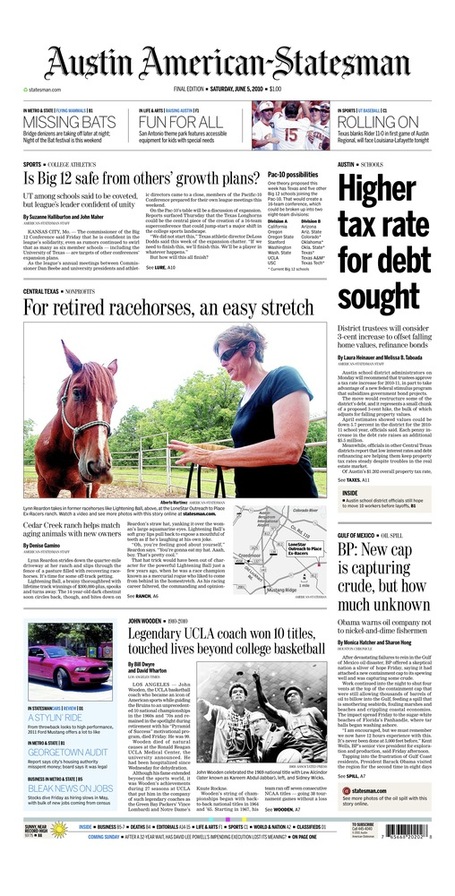 The Tennessean introduced its front-page coverage by noting both Coach's success from the bench, as well as the inspiration felt by others due to his life. 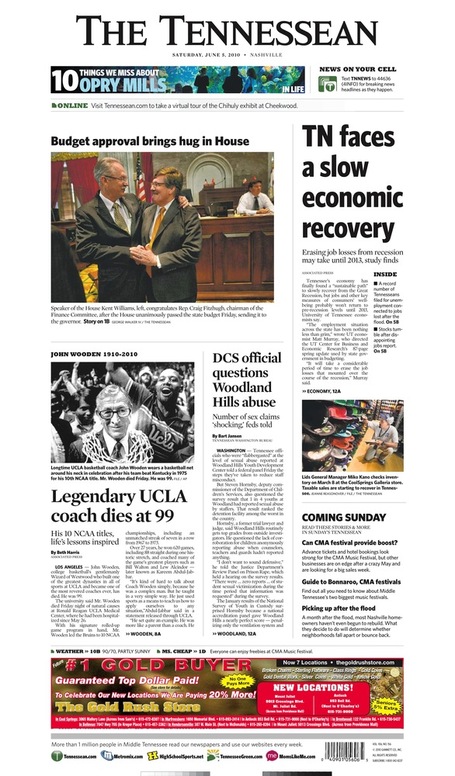 The Denver Post lamented the loss of a "Basketball Legend" 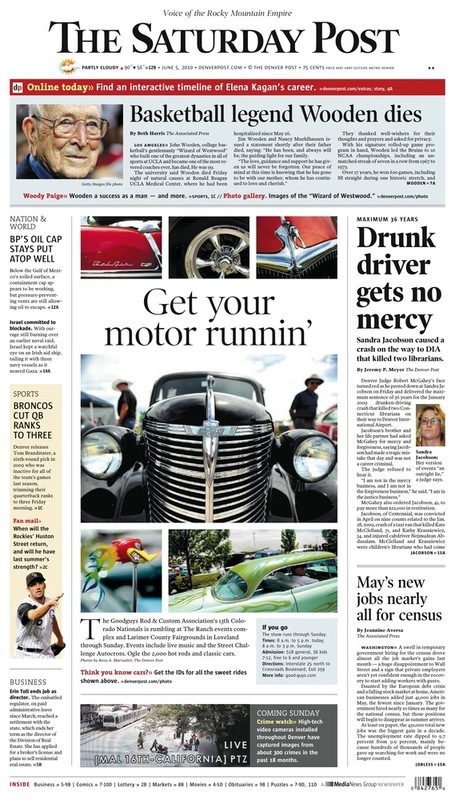 While the Burlington (VT) Free Press placed an Associated Press article about Coach on the front page of its Saturday edition.

The Charlotte Observer noted that Coach Wooden's legacy will live on. 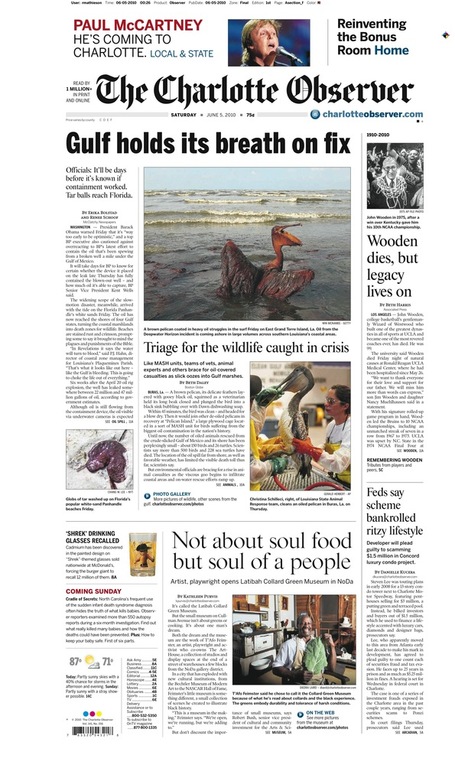 I am not sure exactly how Coach would feel about sharing this page, but getting the New York Daily News to take any column inches from a possible sex scandal, particularly on Page One, does say something about the universal regard in which he is held. 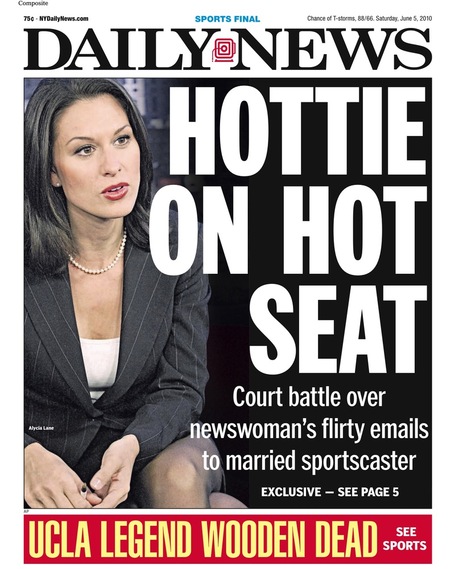 Last, but not least, the Sunday deployment zone (Afghanistan/Iraq) edition of Stars and Stripes noted Coach's passing at the top of the front page, though allowing the rest of the front to remain devoted to more relevant military matters. 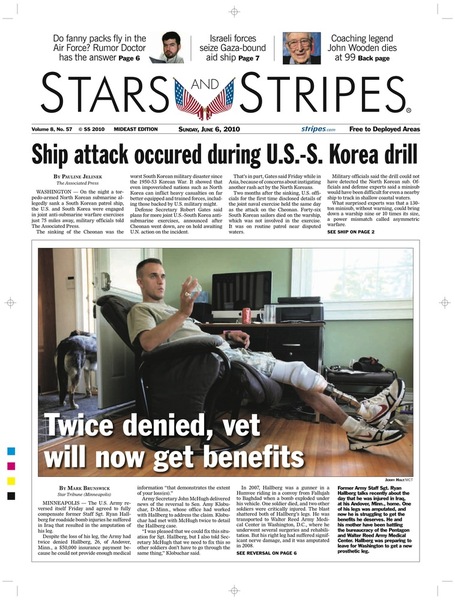