Editor's Note: Dear Readers, Garlic Joe recently came back to work after having to walk home from Tucson when the team bus left without him. It's a long way with little legs.

It has been a whirlwind month for UCLA football. Coming back from the depths of an embarrassing beatdown at the hands of the lowly Arizona Wildcats, UCLA had to look deep inside to find its soul. And so they did, beating their next two opponents at the Rose Bowl to sit atop the South Division.

Those weren't the Santa Ana winds, it was the sigh of relief coming out of Dan Guerrero, UCLA's Athletic Director.

After fielding thousands of emails and calls from dissatisfied fans, Guerrero can finally take a break and breathe again, especially after announcing that the first step of his football strategy was being implemented with a game in Cowboy Stadium.

So, what better time to celebrate his birthday with fans of the best university in the world?

I am delighted to tell you that every Bruin has been invited to Dan Guerrero's birthday celebration tonight! 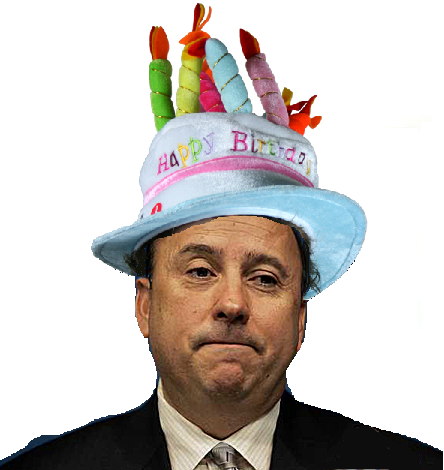 The party will be held at the Riverside YMCA. Guests will be able to enter for free by showing a Bruin ID or some type of proof of graduation.

For a $15 fee, guests can enjoy healthy heapings of mac'n cheese and Capri Sun, followed by an Entenman's cinnamon cake.

For a $25 fee, the above will feature one serving of boxed chianti. 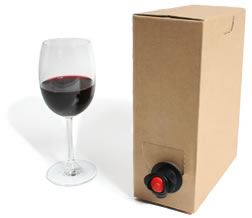 The basketball court will feature various pictures of Dan Guerrero with celebrities, including the full slate from his visit of Cowboy Stadium with Jerry Jones. At one end of the court a screen will be set up to show Dan's vacation videos from Italy, while the other end will feature three computer stations that will allow guests to read his magnificent blog.

As a tribute to the unbelievable turnaround of the football team, one corner of the gym will be adorned with a rotating ice sculpture of a football to symbolize the turning of the corner, while paper plates will be imprinted with "First in the South!" in gold letters.

Finally, guests will also be able to purchase autographed copies of Guerrero's latest book, all proceeds of which will be used to fund his plane ticket to Italy for Chianti tasting.

Come and celebrate, and don't forget to bring your boots to practice your two-step!