Share All sharing options for: Finding Faith in U.C.L.A. in Milan, Italy

Every relationship needs a reminder from time to time about what makes it special.

My wife and I recently celebrated our upcoming 15thanniversary with a trip to Italy, where we spent our honeymoon 15 years ago.  This time, we brought along a 9 year old and 7 year old, which did change the dynamics of this trip some compared to last time ;-).  But it was great fun to see some of the amazing sights like the Colosseum, Pompeii, and Pisa through their eyes.  My wife's favorite places this time were the small towns in Tuscany and the beauty of Cinque Terre.  We all appreciated the grandeur of St Peter's and the Duomo in Milan, and the classic nature of Siena.  I was thrilled to see a stage of the Giro d'Italia in person, and to visit the tiny town of Tremonti, the namesake for my favorite guitarist in my favorite band.

But even withall these incredible sights and experiences and scenery and memories, there was one moment that, more than any other, caught my breath and blew me away.  It was here: 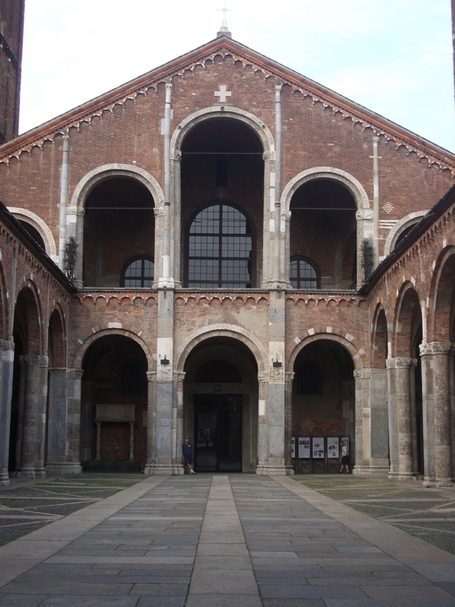 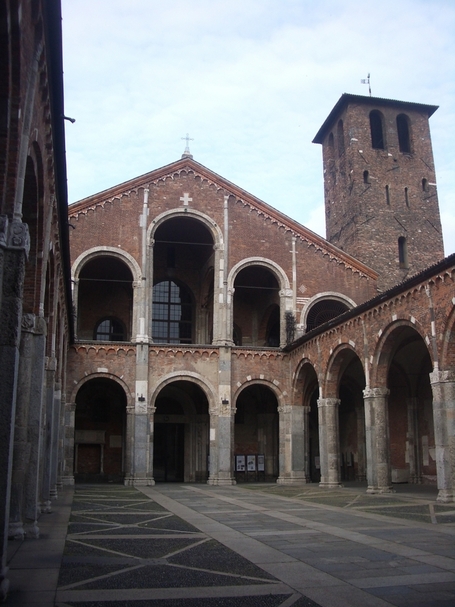 This is the Basilica di Sant'Ambrogio in Milan.  That's me leaning against the middle arch in the upper photo.  Perhaps the appearance of this building looks familiar.  It should.  It was the architectural inspiration for this place: 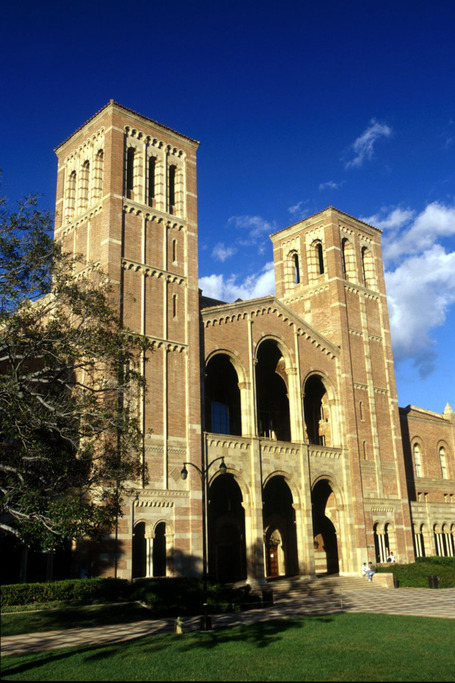 photo from the UCLA Official Site

And the top of the Basilica di Sant'Ambrogio looked pretty familiar too, 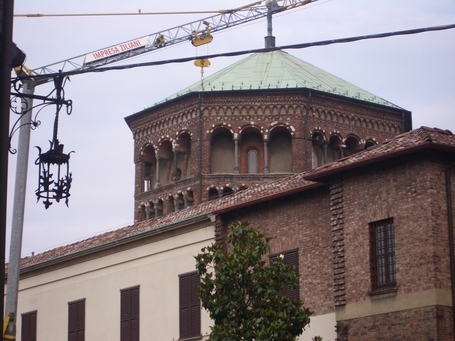 because of this other one that we've seen before... 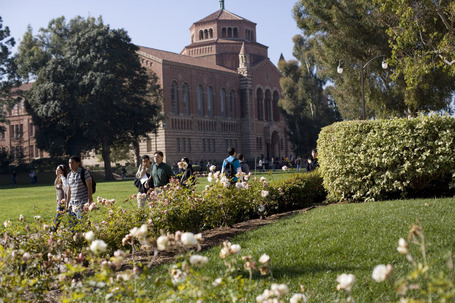 photo from the UCLA Official Site

I sought out Sant'Ambrogio because I knew it supposedly looked like Royce, but the similarities while standing there in front of the 1600 year old church (the familiar parts were rebuilt in the 1100's) were striking, and nothing like what I had appreciated solely from looking at pictures on the Internet.  Not only did the Basilica look like Royce, I could have believed I was standing between the original buildings on campus. After all the incredible sights and scenery and experiences in that beautiful country, the one place that took my breath away more than any other was the one that brought me right back home; the one that took me back to Royce and Powell and Sproul and Pauley and Midvale and Westwood and Pasadena and State Beach and all the days at U.C.L.A.; the one that had me doing a quiet and reverent 8-clap several thousand miles from Los Angeles during a family vacation.

Our beloved school has seen some pretty rough times lately.  And even though it hurts, I applaud Bruins Nation for being responsible enough to call out those responsible out for it, and to go through the wall to try to fix it.  It is because we love our school so much that we cannot accept the current stretch of mediocrity and apathy seen in many of our leaders.  I must admit that a certain frustration had set in when I thought about U.C.L.A..  But when I walked through that portico and saw the facade of that ancient church in Milan I was immediately reminded of all the things I love about U.C.L.A., and why the relationship with my school is so special.

And this relationship was boosted further when I learned that The Den had officially been returned to the sidelines in Pauley.  And then further while watching the webstream of our Women's Golf Team's outstanding performance in bringing home #107 on the weekend.  And further by following the incredible performances by Trevor Bauer over this baseball season as he becomes arguably the greatest pitcher in Bruins history.  And further by reading about the defensive depth charts on our football team and getting the feeling that some optimism is really justified this year.   Despite the recent clouds brought on by a soft and uninspired administration, there are still bright lights in Westwood, and we need to do all we can to help them burn even brighter.