Hmm, it looks like a couple of Second Choice chumps are sensitive little boys who don't like it when they're called out for being idiots by an internet blog for their rival school.  On a side note, does anyone else find it interesting that Stone Hands Colbert apparently is a shadow lurker/follower of BN?  Obsessed a little much there Keary?

So first, Pete Carroll era Trogan chump and NFL failure Keary "Stone Hands" Colbert got all hurt that Ryan reported that the NCAA was denying U$C's lame appeal and was going to keep on spanking the boys from Troy.  That was shortly followed by resident Trogan anger-prone moron Rey Thugaluga Maualuga getting in on Stone Hands Colbert's action.  So, me being me, I called them out  two days ago for being lame Trogan morons, apparently unable to grasp the simple concept that you don't get to take pride in winning when you win by, you know, cheating.

Apparently, while school children understand the concept, it's not a required portion at any of Senora Ross' courses at Second Choice.

Yesterday, Stone Hands Colbert and Thugaluga (or, as I like to call them, the Trogan morons whose stupidity is a gift that keeps on giving) tried to fire back with laughably pathetic and hilarious swipes at BN:

Wow, look at that U$C education at work!  Thugaluga goes old school and brings out the patented second grade level "you suck."  Bravo, Mr. Thugaluga, you have raised the bar in the discourse of smack-talking. </sarcasm>

More on Stone Hands' moronic statement after the jump.

Moving on, Stone Hands Colbert fired back with something that at least resembled a complete sentence.  I guess that must mean he was in the honors program at U$C:

Irony: Stone Hands Colbert calling me a clown when he's the moron who got little hurt over Ryan's post that simply reported news.  But Keary, we do appreciate that you're apparently one of the many Trogan lurkers/stalkers/secret admirers of our lovely community.  I assume you're one of 9.9 million visits we've had during our run, and certainly one of the 1,094 unique visitors we've had just today (as of 8:30 a.m. PST).  You see, Keary, we really don't need the exposure: we're doing okay, but we appreciate the offer.

You know who does need exposure?  You do Keary.

You're a washed up former jock without a job.  You're a 29 year old wide receiver who has made no discernible impact in the NFL, and unlike your peers, who are in the prime of their careers and making millions, you're just a glorified water boy/hanger-on at Lamey's sanctioned program of cheaters. And, no team is banging down the door to sign up a guy who can't hold on to the rock and doesn't have any kind of speed, especially not when there are legions of guys coming out of college every year with better hands, better speed, and a better attitude.

Although, fellow Bruins, perhaps we should be worried.  We all know what happened when another U$C loser decided to "go in" on some "clowns" on Bundy Drive in Brentwood.  Although, with Keary's flame-out in the NFL, I doubt he can afford the white Ford Bronco, Bruno Magli shoes, and expensive German-made knife. 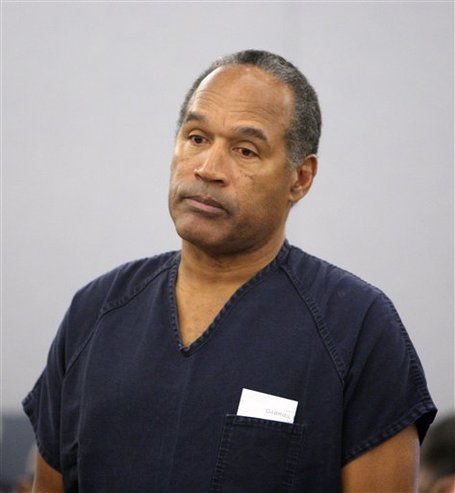 You know Stone Hands, you should take lesson in how to talk smack from someone who does it right: our own Maurice Jones-Drew: 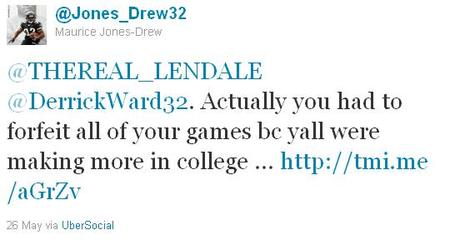 Did I mention that MJD is my favorite Bruin of all time?

I wonder what kind of stupidity we'll see from these Trogan flunkies next.  OI' Petey sure taught his boys well.  Whine on!