SBN Conference Re-Draft: The 12 Pack Gets a Pair of W's

Share All sharing options for: SBN Conference Re-Draft: The 12 Pack Gets a Pair of W's

The SB Nation Conference Re-Draft marches on.  I posted earlier this week that U.C.L.A. was the #13 pick in the land, then got swept up in kicking the Morgan Center for failing to see what everyone else does (but it's just so easy to do!).  But anyway, back to the matter at hand.

Two more rounds have concluded and with the addition of Wisconsin in the 4th round and Washington in the 5th round, our conference is looking very very good.  Feel free to stop by their sites and say hello, and definitely go by our sage Commissioner's site at BC Interruption and throw in your two cents on who should be our next picks.  Texas will pocket your money, but you still can leave your opinion.

Here's a look at the first 5 rounds overall from BCI:

You can begin to see the respective strategies of the various conferences.  For instance, BHGP hasn't realized there is an entire country to the left of the Atlantic Ocean, despite them being centered in Iowa.  That probably tells you all you need to know about the state of Iowa.  Next pick?  Maryland?  Nova Scotia?  Oxford?

TSK hasn't realized there are any other colors to the left of the long end of the visible spectrum.  Either that or they really really love Warrant.   Our Wisconsin pick must have killed them, and we got this to go with it, but it's good news for Harvard.

HoS is collecting as many sanctions as is humanly possible in one conference.  For ease, the NCAA will establish a field office for its investigations unit in the HoS HQ.  Their last pick of Syracuse was unfortunate when they discovered that Syracuse NY is not the same as NYC NY and those 10 million TV sets in the city are all tuned in to Texas instead.  But they will pull Buffalo.  Oooh, burn.

Our own Commissioner is dominating, pulling in athletic monsters with an enormous number of NCAA titles and broad excellence (not just football and nothing schools like TSK), great revenue generators, huge TV markets, great academic programs, and well, umm...really hot coeds.  Don't pretend this isn't important.

Also this week, our Comissioner at BC Interruption rolled out our official unofficial conference name and logo.  Bear witness to the mighty Twelve Pack.  Yes, it is sort of a beer reference.  And a Superman reference.  And a reference to our currently intended number of schools.  I'm not a fan of the colors, but I expect Texas to edit them shortly. 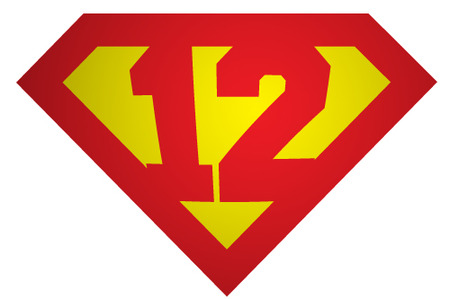 I like the name, in large part because it simply adds a k to 12-Pac, which was my nomination for our newer, bigger, and realer conference, and thus validates what I thought was a pretty good idea.  It also opens huge doors for sponsorships from beer companies.  Read: more money$$$.  Texas, being Texas, will naturally claim dominance to the southern half of the conference and will lobby for the Shiner Bock Division.  Here's hoping we land Boston College at some point so that Sam Adams can sponsor the Northern half, otherwise, we will have to deal with the Wisconsin mega-brewers.  But if the naming negotiations collapse, we can always fall back on something witty like ledgers and leadends.  Everyone will think we're really awesome and unique with that.  Won't they?  What?

Plans for the 6th and 7th rounds are underway, and any thoughts or suggestions on who to take (or who to avoid) are welcome here or at BC Interruption.  Another east coast school in round 6 and we will have a perimeter around the entire country - just the way Texas wants it.  No one gets in or out without their say so.  But while the Twelve Pack looks to expand possibly into the northeast or perhaps more in the heartland of the country, Texas, meanwhile, is expanding into Pakistan.

They really are one powerful school.  But that's ok.  We own them in football.  And the 12-Pack is owning this redraft so far.  That makes us all excedingly rich.  Which is what the NCAA is all about, right?