Morgan Center Moving the UCLA Circle to Near Pauley's Entrance, the Team Store?

Share All sharing options for: Morgan Center Moving the UCLA Circle to Near Pauley's Entrance, the Team Store?

We are turning posts on Morgan Center removing the UCLA circle from Pauley's center court into a "stream." This means we will be following this as closely as we can and incorporate new updates as we find them.

Many thanks to Howard Fromberg for sharing better pictures of the new court. It appears that the "UCLA circle" is now under the scoreboard, which is kind of odd. LA Bruin mentioned that they may have been moved near the entrance(s) of the floor (uh what?). From this photo via UCLA athletics Facebook page (via Bruin15) it looks like it may have been removed to the team store (WTH?): 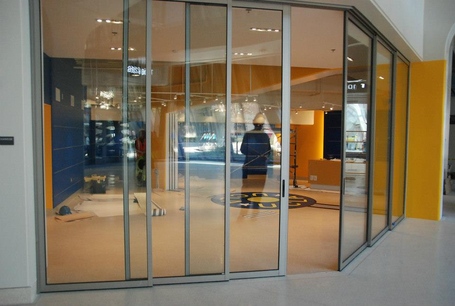 That doesn't make any sense. I will just go ahead let Bruinnut have the last words on this for now:

I REALLY wish I could be surprised at new embarrassments. But, Dan and company have so often bludgeoned the part of me that wants to assume the best in people into such submission, that my capacity to be surprised about the latest Morgan Center fiasco is running on empty. SNADFU-Situation Normal, Another Dan Eff Up.

66 has it right. To move a cherished symbol from its storied battlefield location to the floor that people walk on while shopping tells you everything you need to know about these peoples' understanding of "tradition." The only thing crasser would have been to place the symbol in the floor of a men's room. But, I don't want to give Dan any ideas.

Some things do not need to be updated, modernized, or made to appeal to shallow facebookers and texters who can't hold a solitary thought for longer than 30 seconds. A "new look" is not needed for the Declaration of Independence or the U.S. Constitution. Not only is it not needed for a symbol of the masterful symphonies composed and conducted by maestro Coach Wooden, it is hideously obscene to place it under retail shoppers. Talk about not even coming close to getting it...