Seven games into the Jim Mora era and UCLA is off to its best start since 2007. However, taking the long view here's where the Bruins sit: improved over Rick Neuheisel's tenure but not over Karl Dorrell's mediocre reign in Westwood.

For anybody overly excited about the Bruins' performance thus far, the graph below should serve as a stark visualization that our true test lies ahead. This shows the current FEI rating of our first seven opponents, as well as our next five opponents. The green line is the average FEI of the teams we've played, the red line is the average FEI of the remaining teams we face. 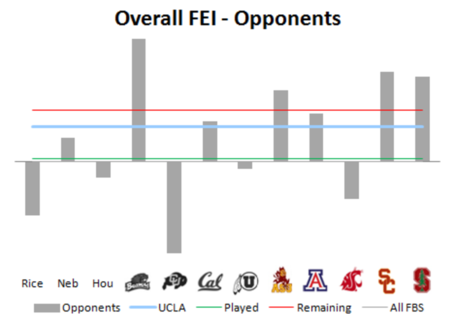 Taken as a group, the teams we've played thus far are barely better than the average FBS team (green line vs. grey line). Ratings-wise four of the teams we beat are in the bottom half of all FBS teams. The red line, which again shows the average rating of our remaining opponents, is considerably higher. FEI predicts we will win 2.2 of our remaining games, resulting in a 7-5 season and falling short of the frontpagers' expectations.

Every team left on the schedule, save the Cougs, has been playing better than us; there will be no easy wins from here on out. The 1-2 punch of $c and Stanford at the end of the year could be our coming out party and return to national relevance, or it could expose us as the same old uninspired Bruins. Thank goodness we have both at home.

Seven games into the Mora era and we're off to our best start since 2007. However, taking the long view here's where we sit: improved over CRN's tenure but not quite to the vaunted levels of CTS. Looking at these charts one realizes how truly tough we've had it as fans this past decade. The lost generation... (W-L record has been included for reference.) 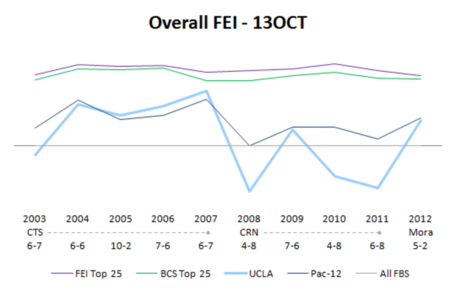 In the Pac-12 this week, the Beavers jumped the Ducks. UCLA is still stuck in the bottom half of the Pac-12 sitting in 8th place. 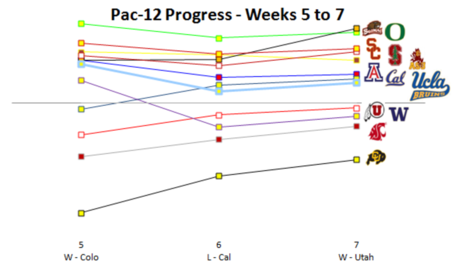 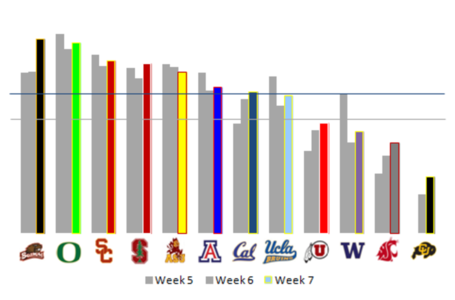 Am really jealous of the Beavers' year-over-year improvement in 2012... 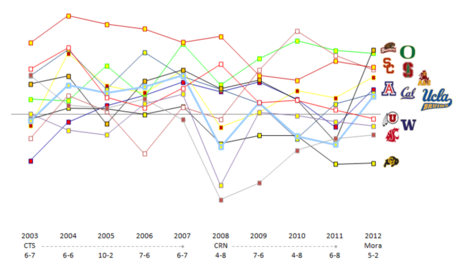 You can click on any of the graphs to make them larger. As always, I look forward to any additional insights this community may have, and welcome any feedback, criticism, or suggestions people may have on how to make this data more interesting or meaningful. 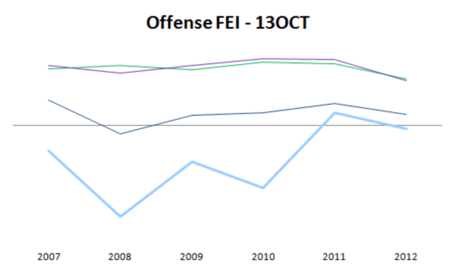 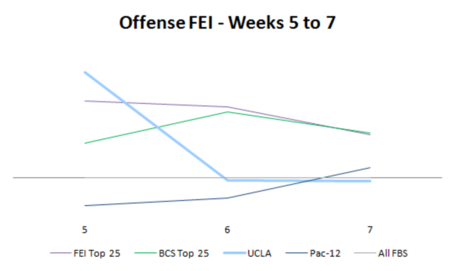 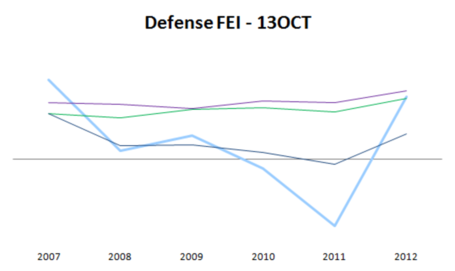 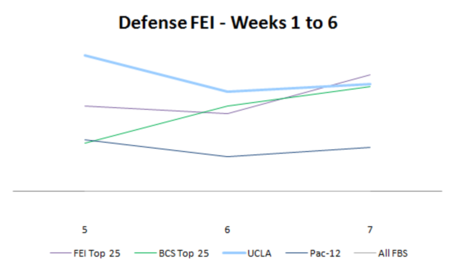