UCLA is spending $140 million to put glass around an old outdated stadium, with some infrastructure improvements.

Share All sharing options for: $140 Million Buys UCLA an Old Pauley Under Glass

So we have an update on the construction of New Pauley. Apparently, the project is proceeding on budget and on schedule. That's music to the ears of bureaucrats everywhere. Never mind how bad the project is, I guess.

In case you didn't already know, Ken Weiner, the Associate AD at UCLA, tells you exactly what the project is, and how they went about planning it (emphasis mine):

"The first people we went to when we talked about the design intended for this building were Coach Wooden and the Pauley family," Weiner said. "All of them cast their votes for leaving this building intact — that we do a renovation, as opposed to a demolition. So that started our architecture direction. Basically, you'll get the feeling that we encased old Pauley Pavilion in new."

That's right folks, UCLA is spending $140 million to put glass around an old outdated stadium, with some infrastructure improvements. And as if that's not embarrassing enough, that is their talking point when speaking to the media:

That's what Weiner calls is: Old Pauley Under Glass.

Follow me after the jump once you've stopped shaking your head.

First of all, let's talk about the poor planning. Look, we all love Coach. I mean, if your name isn't Knight, Tarkanian or Phelps, you really love and respect his accomplishments on and off the court, and what he stands for.

But UCLA and its fanbase and the Athletic Department need to stop deifying Coach Wooden and misquoting him, or taking his quotes and principles out of context. He wasn't an architect. Knowing the Athletic Department we're dealing with, chances are they could have come up with even worse if left to their own devices, but I'm really sick of these clueless trolls, especially after they quoted Wooden on the day of the Howland/SI article to justify their failures. It's pathetic.

They tore down Yankee Stadium. Literally tore down the House that Ruth Built. If the Yankees can tear down the place where the symbol of Americana and American sports around the world (as much as some hate to admit it, but everywhere you go, foreigners wear Yankees hats and have heard of the Yankees) was created, where Gehrig, Ruth, Mantle, DiMaggio, Maris, Berra, etc., created sports history, how the hell do you justify calling Pauley Pavilion a building that can’t be touched?!

Though maybe not having the exact broad reach of the Yankees/Yankee Stadium, you can add Tiger Stadium and the old Boston Garden to the list (particularly the Garden, considering how many damn banners the Celtics put up in that building). A building is not a tradition, and Pauley is about as far from an architectural gem as you can imagine, especially for a basketball arena today.

So forgive me for saying that it was a severe mistake in judgement to have consulted a 98 year old man when it came to an architectural decision that will impact the campus for 50 years. He was an amazing coach and an even more inspiring essayist on leadership. But his old-time, small town values were not what was needed when planning a 140 million dollar project. Of course -- OF COURSE -- he wanted to preserve tradition. He was a traditional guy. And, of course the Pauley family wanted their legacy preserved.

But that's the way UCLA thinks. Let's make sure Coach Wooden is happy and the Pauley family is happy. Let's not instead consider what's best for the campus. I think it was Coach Wooden who wanted all that space behind the baskets for practice space (not sure about that, I just think that's so). He had no idea what was necessary to create a modern basketball arena, he basically got to design what he considered his work space.

mistake this as a criticism of Coach. The criticism is of an administration more concerned with preserving tradition (if you can even call it that) than creating new traditions. Remember -- this is the first time in anyone's memory that the football program is populated with coaches that aren't lifelong Bruins and the AD had to be dragged kicking and screaming into that reality.

Look - the UCLA traditions and legacy are something we all value. Everyone one of us. That's why this community even exists and is flourishing. But there comes a time when preparing for the future trumps tradition.

Lastly, Weiner has no idea that what he said sounds bad -- like they put a fresh coat of paint on an old building and called it a renovation. It is just another dramatic failure in marketing, in fiduciary responsibility, and a sign of being completely out of touch with reality. Ken thinks that it is a good thing to point out to people that "Old Pauley" survives. It isn't. It really isn't.

And what's worse is that they admit, word for word, that all they did (other than the badly needed infrastructure improvements) was add a glass casing around the building. $140 million for this: 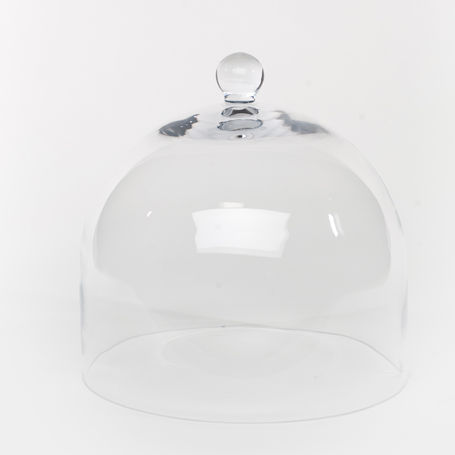 I just hope that future teams help us forget about this disaster by winning a lot. Still, they deserved a better effort...