Share All sharing options for: Nebraska at UCLA: Photos 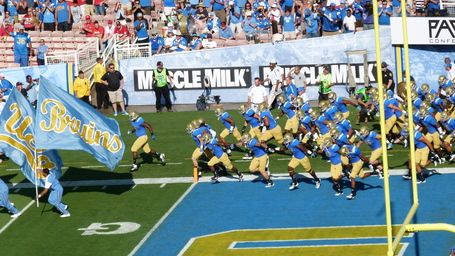 The 2012 edition of UCLA Football races into the Rose Bowl with high hopes and expectations. 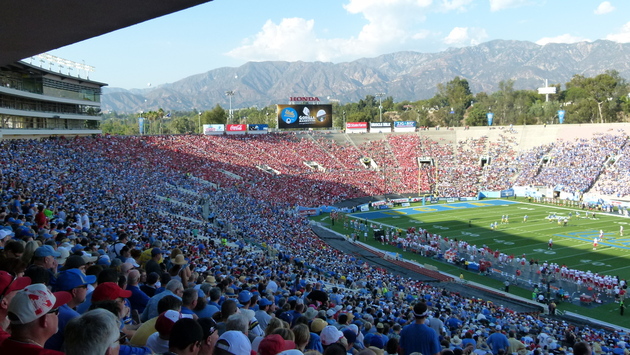 A hot day and a national broadcast didn't dissuade 71,530 fans from attending the game, but that's a lot of red in those seats. The Nebraska fans surrounded us and peppered us with "Go Big Red" chants as we responded in turn with 8-claps and BRUIN spell outs. The back and forth scoring made for a great college football atmosphere. 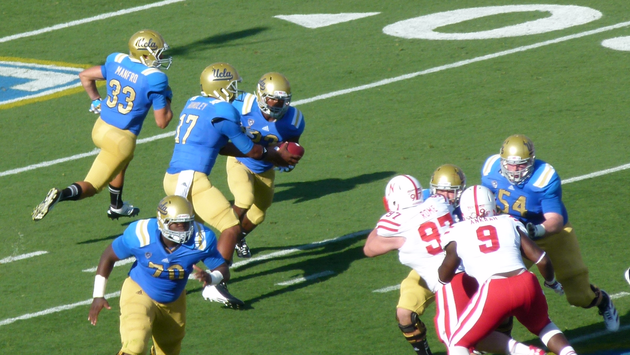 Johnathan Franklin on his way to another 200+ rushing day. 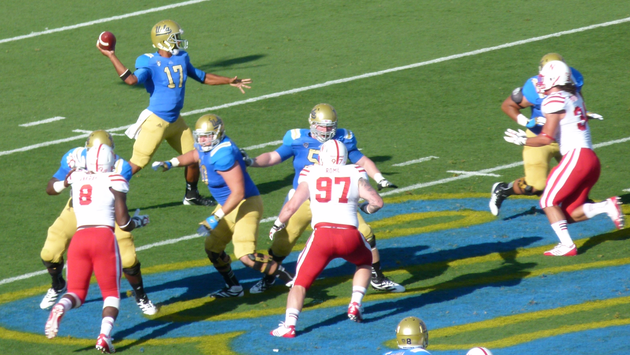 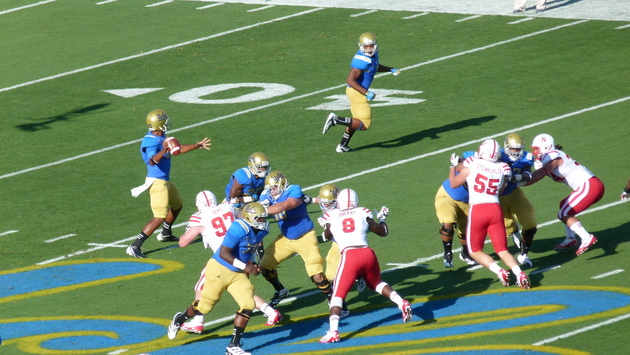 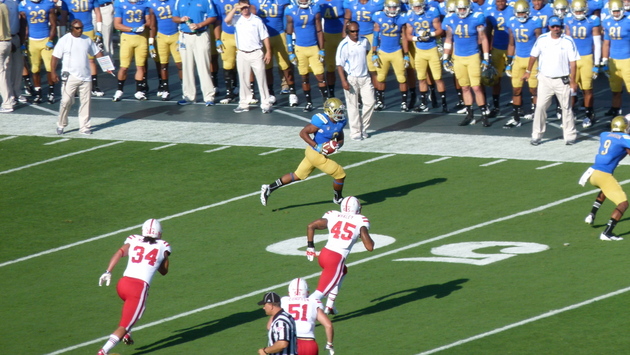 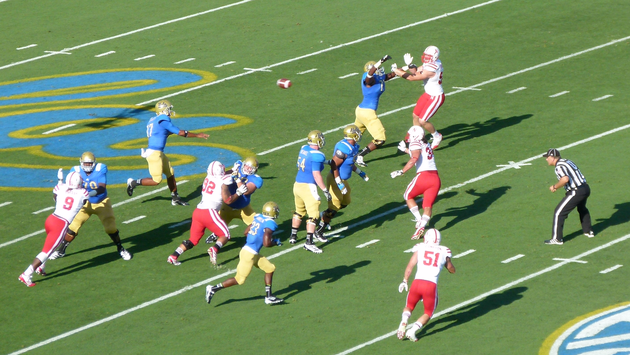 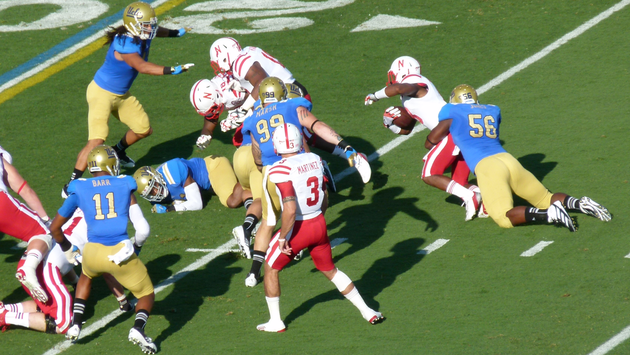 Datone Jones had another great game. 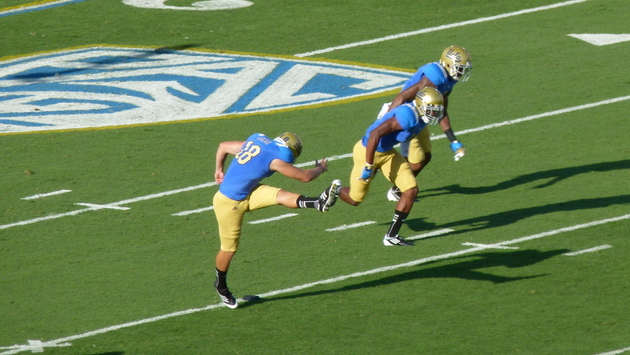 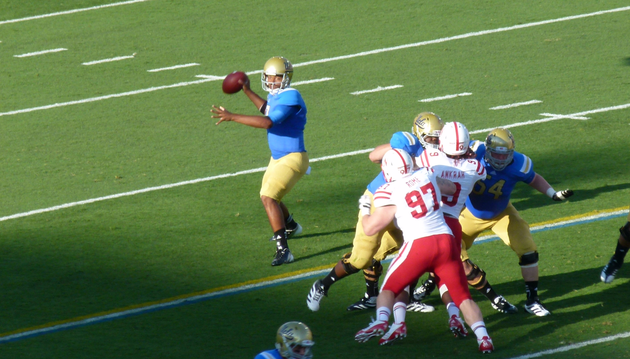 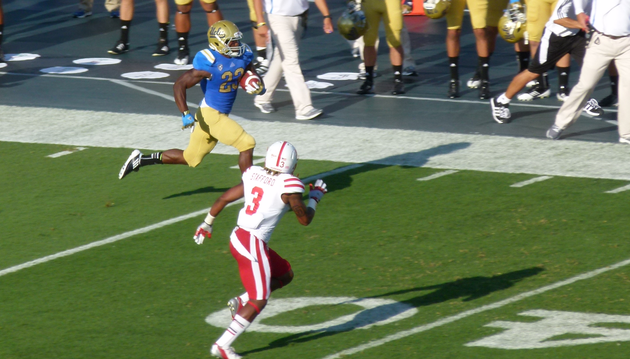 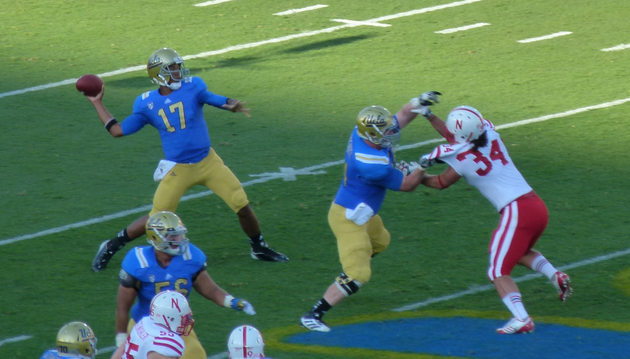 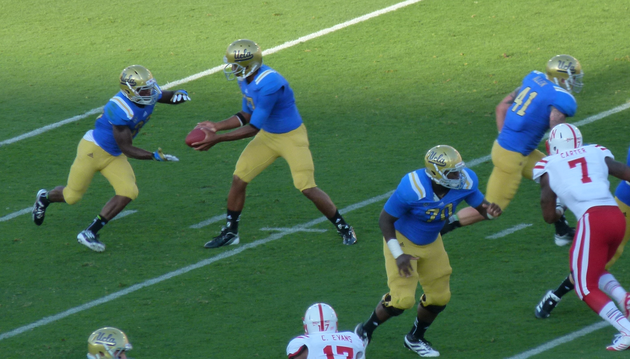 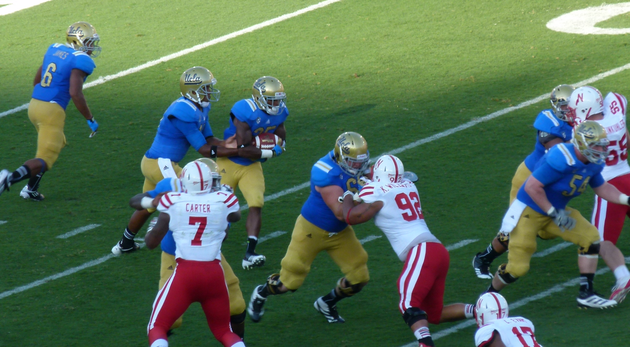 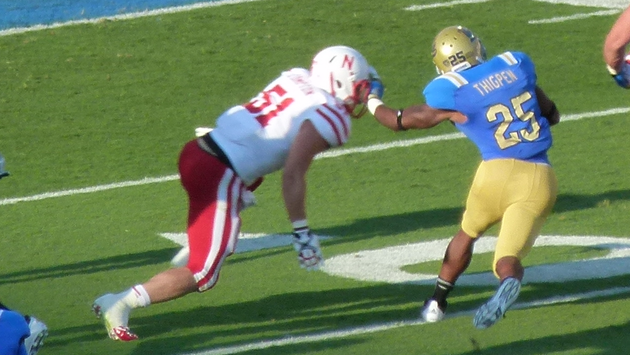 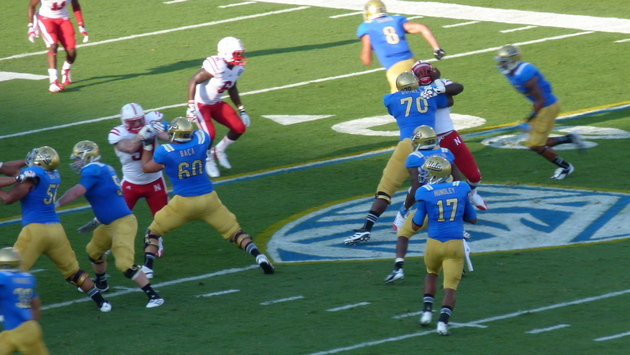 Nice to see Brett Hundley have time in the pocket thanks to the big uglies in the trenches. 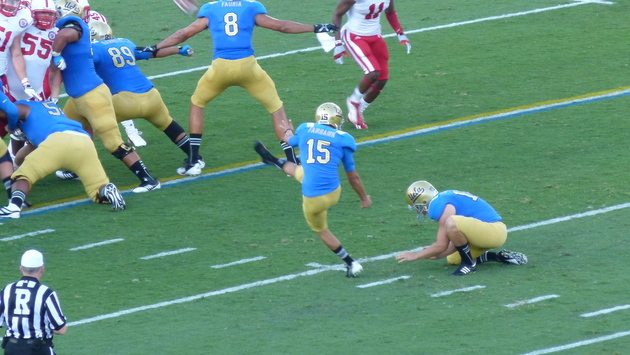 Ka'imi Fairbairn was 2 of 4 on field goals and 4 of 4 on extra points, a significant improvement from last week. Keep your head up Ka'imi and just keep improving! 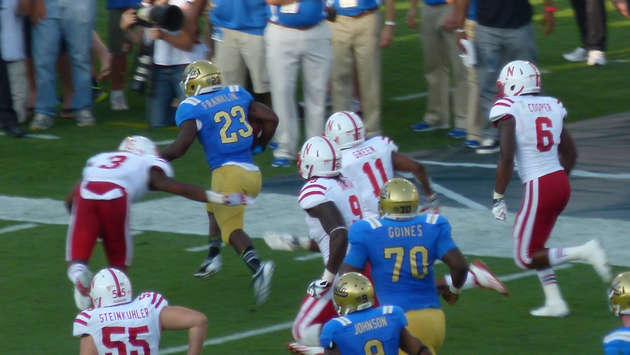 Jetski motors down the sideline for a big gain. 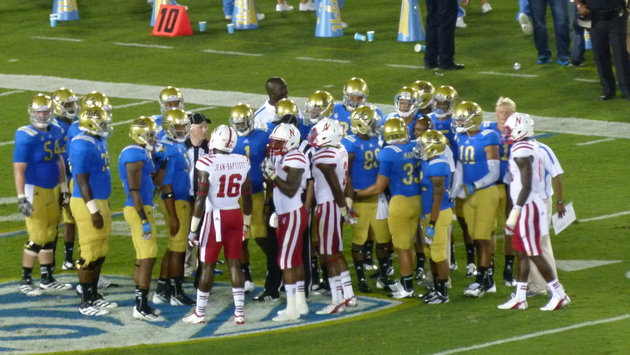 So can anyone explain why Nebraska players joined our Bruins during one of those interminable TV timeouts? 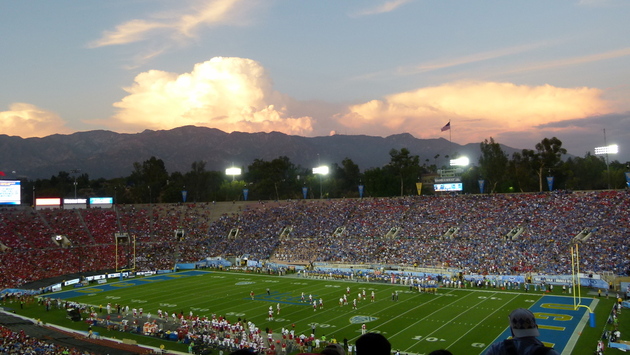 It's tough to play at the historic Rose Bowl, but someone's gotta do it.