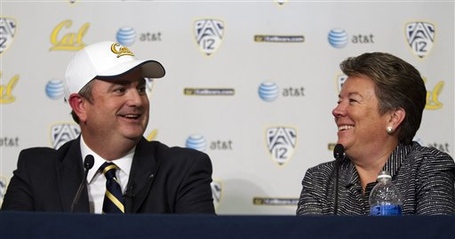 Yes, she does. She canned Cal's football coach Jeff Tedford for running a dumpster fire of a program, even with three years and $6.9 million left on his contract. Yes, she canned the coach that was once credited for resurrecting a dead football program, but eventually lost his touch and let it fall back into shambles....sound familiar?

Now don't you wish UCLA Athletic Director Chianti Dan had the cajones to can Ben Howland and his D2 basketball program? He would can Ben except he lacks the gravitas, the juevos, or the stones to do so. 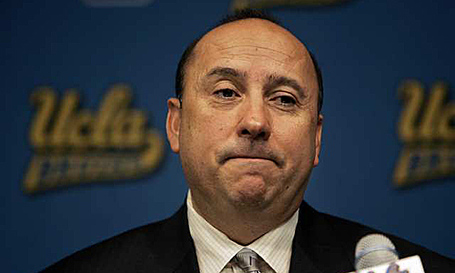 via latimesblogs.latimes.com (Chianti Dan, the face of futility)

How much bigger are Sandy Barbour's balls than Chianti Dan's?