The U.C.L.A. publicity machine that is Coach Jim Mora rolls on.

UCLA Football, providing opportunities for players on and off the field.#BruinRevolution twitter.com/UCLACoachMora/…

Here is an enlargement of the image in the tweet: 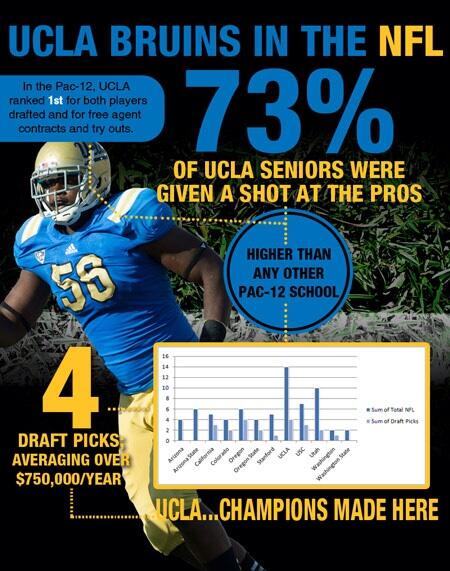 There are almost too many good things about this. From the support Mora and his staff provided to get all those tryouts and free agent deals, to his justified pride in his players' achievements, to his continued fine use of social media, and his ongoing effort to support his football program. How do you think this tweet plays in the minds and hearts of high school student-athletes who dream of going to the NFL?

Attention Dan Guerrero: I know that despite your $750K salary, you tell us you lack the funds to market U.C.L.A. Well, this is how you do it. By the way, Twitter is free.