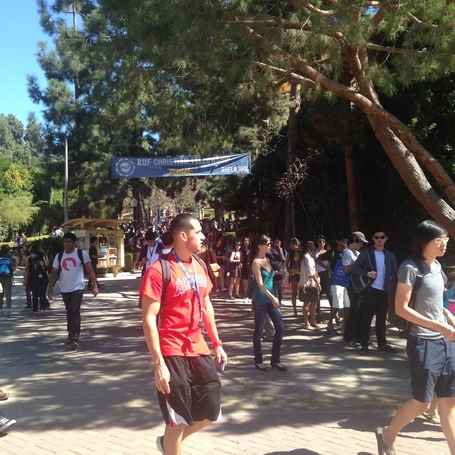 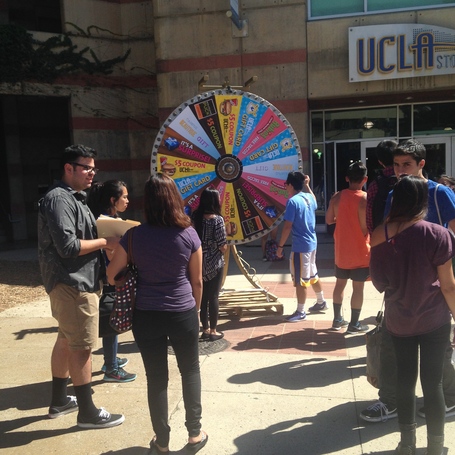 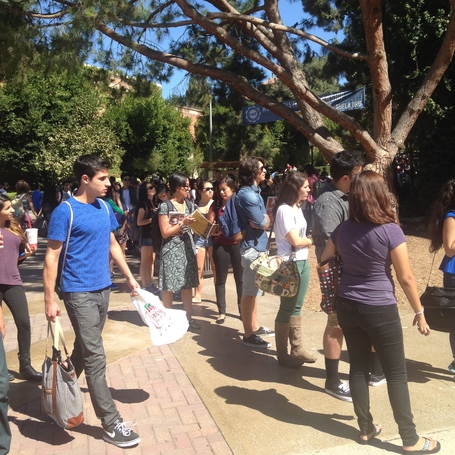 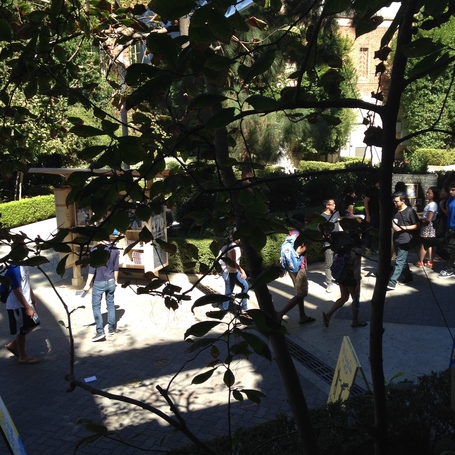 (This week's video is "Here Comes Your Man" performed by The Pixies at the Hollywood Bowl last Sunday. I was there and have to say this was a bucket list show for me. I think of The Pixies as a seminal band that for some reason I never managed to see. The band was in fine form and while I admit that it was weird to see them without Kim Deal, Paz Lenchantin from Smashing Pumpkins sounded great. I've always liked this song a lot, that's why I picked it. As a bonus, I'm also including a video of the band performing "Where Is My Mind." If you're not a fan of The Pixies, you might still recognize this song because it plays over the final scene of the movie Fight Club.)

Today’s Pregame Guesses is going to be a bit shorter than normal. Had a dentist appointment today and I’m a little out of it. (Dentists have the best drugs, don’t they?)

I’m starting to understand what’s meant by a "trap game" or when a team "suffers a let down." Because assuming it’s not the nitrous, I’m feeling a bit of a let down at the moment.

The Arizona State game was played a week ago and it feels almost like a dream, like a memory. I remember bits and pieces, but the entirety of it has taken on a surreal quality. I know we blew them out and I remember some of the big plays, but I don’t really have a feel for the game. It’s funny, what I do remember is thinking early on that "we don’t look too good" and the inevitable overwrought emails and text started flowing into my overpriced smartphone. Then we went from struggling to crushing them and I never really got a feel for the moment we flipped the switch and blew them out.

It’s like what Hemingway wrote in The Sun Also Rises:

"How did you go bankrupt?"

But let’s not minimize the win.

Beating Arizona State was a significant step towards this team meeting whatever expectations you had for it when the season began. You pretty much knew we’d beat Virginia and Memphis and you were pretty sure we’d beat Texas, even though we had to travel to Dallas to do it. But no one was sure we’d beat Arizona State on the road, not after they beat us in the Rose Bowl last year. And even when their starting quarterback went down with a foot injury, you still weren’t "sure-sure."

And even if you felt pretty good about the game, you didn’t think we’d beat them by 40 or whatever the final margin was. No one thought that.

Now, we’ve got Utah, with the specter of Oregon coming to town right over the horizon. And I know that Fox doesn’t like it when I look down the road (I get it – "just one win a week"), my role as I define it is to see the season holistically and that requires seeing this week’s game in the context of the last and the next.

Utah is always pretty good. Under Jim Mora, we’ve beaten them twice in two years, both times by a touchdown. In Rick Neuheisel’s last year, they beat us 31-6. Overall, we’re 10-2 against them. But, beating them always seems tougher than it should be. My feeling is that they are really well coached (and we’re pretty well coached, too) and in the end we "out talent" them for the win.

And that’s sort of what I’m expecting to happen tomorrow. We have better players, we’re at home, we should beat them. I’m not worried, per se. But I do think the game will be pretty close and that the outcome will still be in theoretical doubt in the fourth quarter.

Back to the Arizona State game for the moment: We’ve already rehashed it endlessly and I don’t want to go back over the same road. But I did want to note/repeat that Brett Hundley played what was easily his best game of the season and one of the best games I remember him playing. The important thing to me is not the numbers that he put up, but rather the way he was in complete command of the offense. He made the right reads. He made the right progressions. He ran when he had the opportunity, but he didn’t run just to run. It was a step up in performance that was, quite honestly, necessary for UCLA to keep winning through the conference schedule.

Complementing Hundley’s performance was the showing from Paul Perkins and Jordan Payton. I, and others, have been lamenting our lack of home run hitters on offense. Payton and Perkins are starting to show some signs that the middle of our order has some pop. Again, we need them to play at a high level if we’re going to beat the best teams on our schedule.

And I can’t finish this post without noting how important Ishmael Adams is both as a return man and as a cornerback. He’s playing really well and becoming a playmaker in his own right and that’s just another ingredient that top teams have and that we’ve lacked in recent seasons/decades.

I wrote quite a bit last year about then notion of a team’s margin for error. Without rehashing the whole discussion, I’m just saying that the better a team is, the greater the chance they can win when they don’t bring their A game. So far this season, we seem to have increased our margin for error, which is a hallmark of a title contending team. We struggled to beat a few weaker teams without playing our best and when we did play well, we beat a good team handily. I think I lot of that has to do with the fact that the talent has genuinely been upgraded over the past three years and sometimes having more talent is enough.

In case anyone cares, today is the first day of classes at UCLA. I happened to be on campus and took a few quick pictures I thought I’d share them above They aren't great or anything, I didn't have that much time. But maybe their worth a glance?

And, with that, here are you Pregame Guesses: Utah Utes edition: