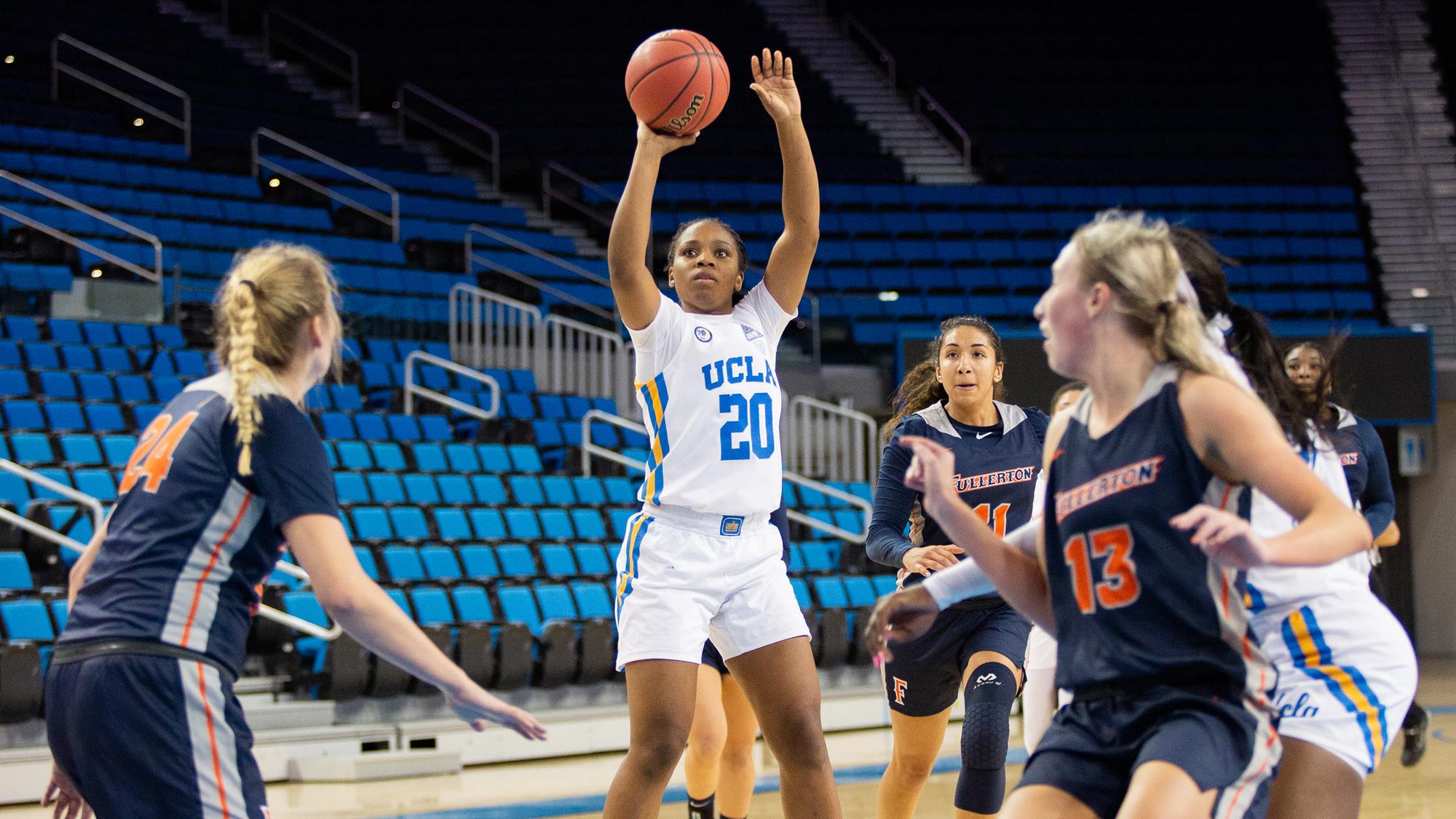 - Guided No. 9 UCLA to a season-opening win over Cal State Fullerton with a game-high 31 points and a career-best six assists in 32 minutes of action.

- Was her second 30+ point performance of her young career.

San Francisco, Calif. – Charisma Osborne earned the first Pac-12 Player of the Week honor of the 2020-21 season, the Conference office announced Monday. It's the first-career Pac-12 weekly honor for Osborne and the 62nd all-time for UCLA.

Osborne had a dominant game in UCLA's opening-night victory over Cal State Fullerton (Nov. 27). The sophomore scored 31 points on 9-for-16 shooting and added a career-high six assists in the win over the Titans. She also went a perfect 9-for-9 from the free throw line. It was Osborne's second 30+ performance in her young career, as she notched 32 points in the Bruins' win at Washington State (Feb. 21) last season, a performance that earned her Pac-12 Freshman of the Week accolades. She knocked down four three-pointers on the night, tied for the second-most she's hit in a game in her career. Osborne also added four rebounds, including a pair of offensive boards.

Osborne entered her sophomore campaign coming off a debut season that saw her notch Pac-12 All-Freshman team honors. She averaged 12.2 points per game and set a UCLA freshman record with 59 made three-pointers. Ahead of the 2020-21 season, she was named to the preseason watch list for the Ann Meyers Drysdale Award, the award presented annually to the nation's top shooting guard.

The Bruins are UCLA is back in action on the road this week with the start of Pac-12 play, as the Bruins take on Arizona (Dec. 4) and Arizona State (Dec. 6) in a pair of high-profile Conference matchups.