They may be smaller in numbers but they loom large when it comes to confidence. The UCLA Bruins sent five individual competitors and two relay teams to the NCAA track & field championships. The four-day meet got underway Wednesday at Hayward Field in Eugene, Oregon.

Last year, UCLA qualified a 19-member squad to go to the NCAA championships. However, the event was scuttled by the COVID-19 pandemic, along with all other spring national championship events. The men’s team is down to two competitors going to nationals after having five qualify in 2020.

Ever a popular sport, in an Olympic year there always seems to be even more of an emphasis on track & field or athletics competition, as the competition is also known. It’s a popular sport with bettors at top online sites such as SportsInteraction.

Although the saying is that there is strength in numbers, the Bruins aren’t going to sell themselves short simply because they’re down in national qualifiers from a year ago.

"If we are at the national championship meet, it’s because you’re one of the best, most elite athletes in the country," UCLA head coach Avery Anderson told the Daily Bruin. "You have the opportunity to go compete at nationals. We’ll take that any day.

"The plain fact is no one cares that we had a shortened season. Let’s go out and let it all hang out. You have nothing to lose - the past is the past, the present is here and we’re in a position to seize whatever we can." 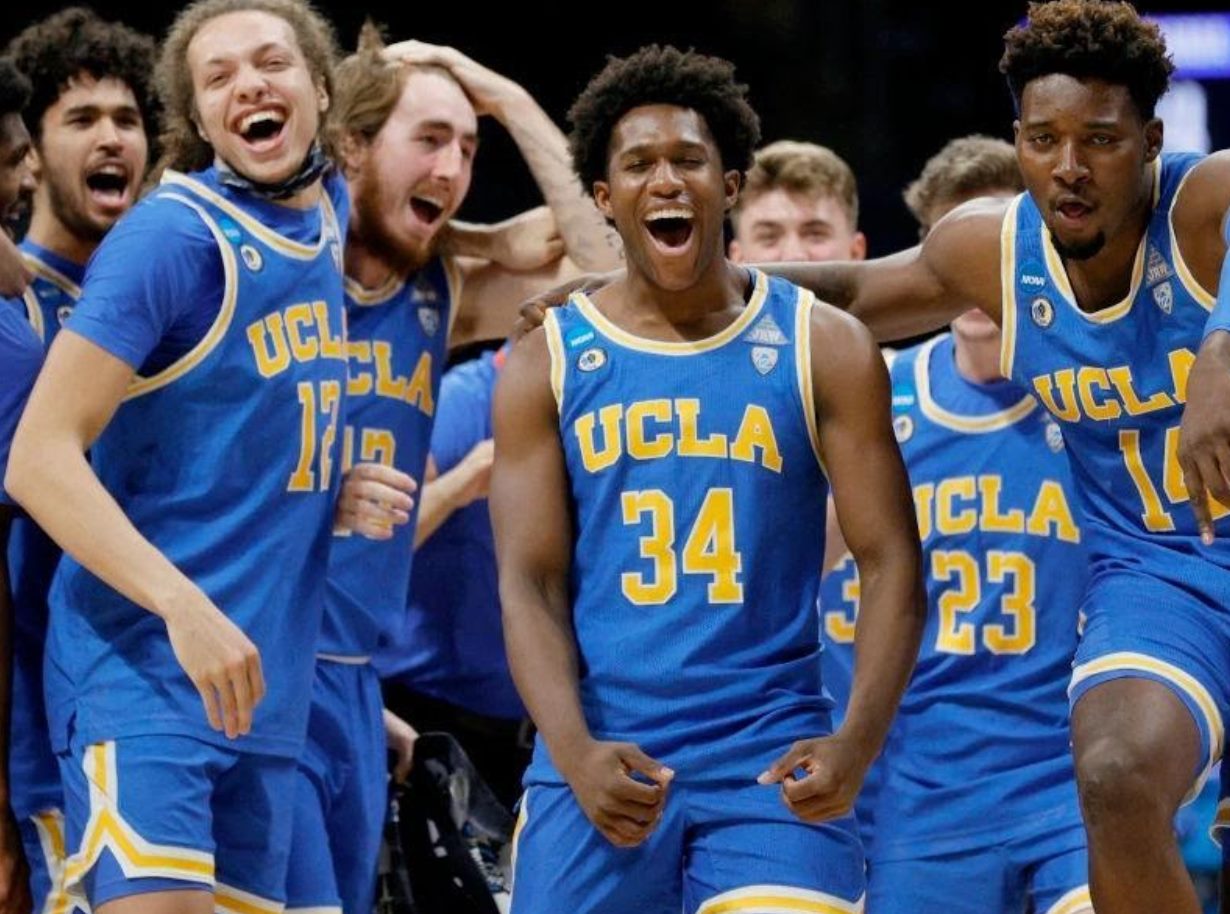 "UCLA Bruins" by WolverinesWire is licensed under CC BY 3.0

Senior jumper Harrison Schrage will be taking part in the long jump competition. During the NCAA West Regionals at College Station, Texas, Schrage was the first Bruin to punch his ticket to the nationals.

On the first day of competition, Schrage finished fourth in the long jump. His 7.96-meter leap was just a touch shy of his personal best of 7.97. In his final season with the Bruins, Schrage will be making his first trip to the NCAA championships. Finishing eighth in the men’s 400-meter run, sophomore sprinter Ismail Turner recorded his fourth straight personal best in the event. His time of 45.64 seconds was the fastest 400 meters run by a UCLA competitor since 2004.

"His work ethic is what put him in this position," Anderson said of Turner. "At this level, pretty much everybody has the talent, but Ismail put the work in to get it done."

This is the first time that Turner has competed in an outdoor season for UCLA. "I’ve been running outdoor track for time on end, it’s just going to look a lot different," Turner said. "I’m just more comfortable on the outdoor track."

For his efforts, Turner was named UCLA student-athlete of the week.

"With COVID-19 and stuff, it’s definitely been a tough year, and our training has been cut a little bit short," Turner said. "My mindset has been just being able to stay competitive." 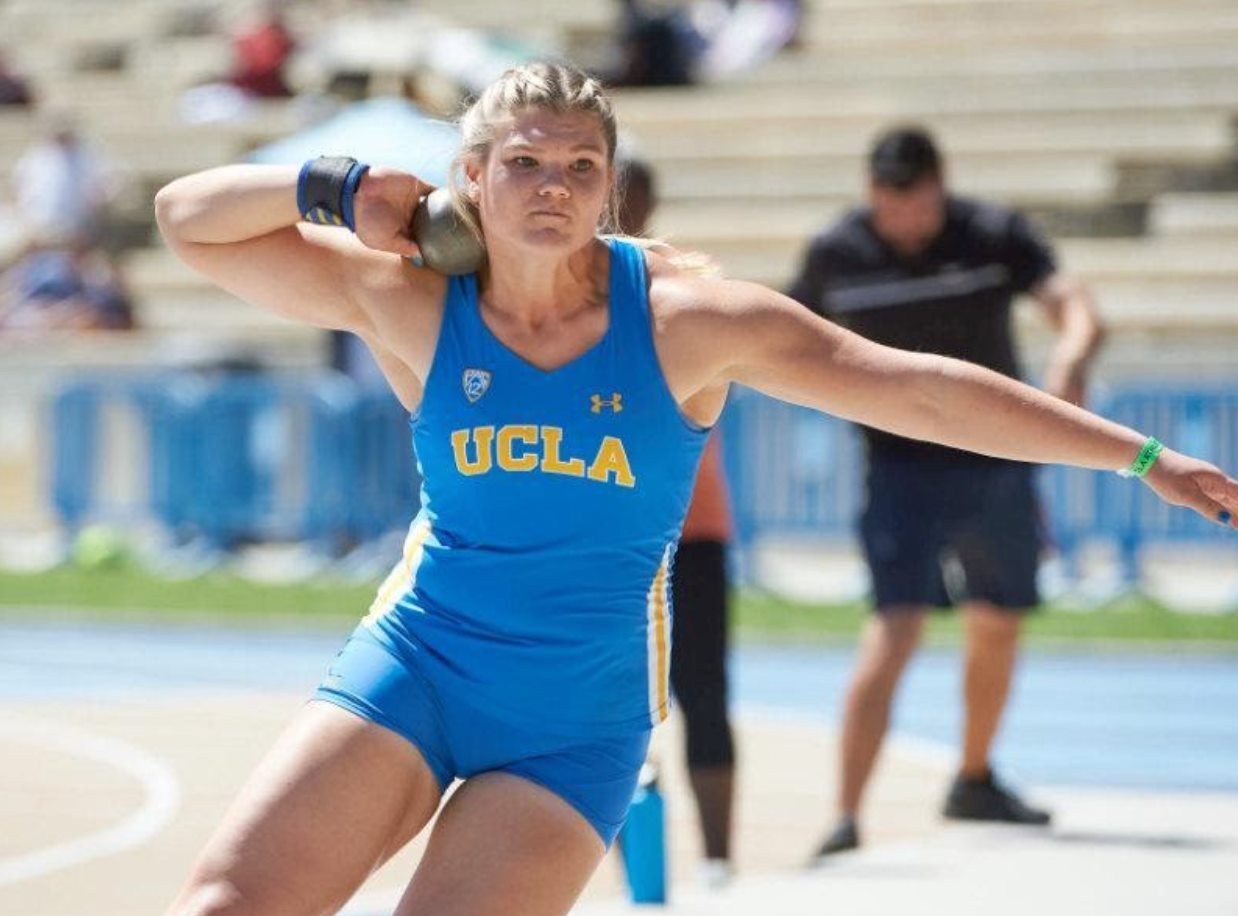 "Alyssa Wilson" by Don Liebig/ASUCLA is licensed under CC BY 3.0

Junior thrower Alyssa Wilson turned two for the Bruins. She qualified in both the discus and the hammer throw. It will be her third NCAA championship.

Wilson was second in the hammer throw, with a toss of 69.30 meters. She finished seventh in the discus, posting a season-best throw of 57.61 meters. Wilson also qualified in the shot put in 2018-19, but is excited by the thought of having less on her plate at the NCAAs.

"I just look at it as more time to focus on the hammer and potentially winning an NCAA championship for the first time in my career," Wilson said. "I’m glad that now I can focus on two (events) instead of three."

Senior thrower Ilaria Casarotto earned a spot in the javelin. She finished 11th with a throw of 50.76 meters. Senior sprinter Meleni Rodney will race the 400-meter dash. She ran ninth in a time of 51.57 seconds.