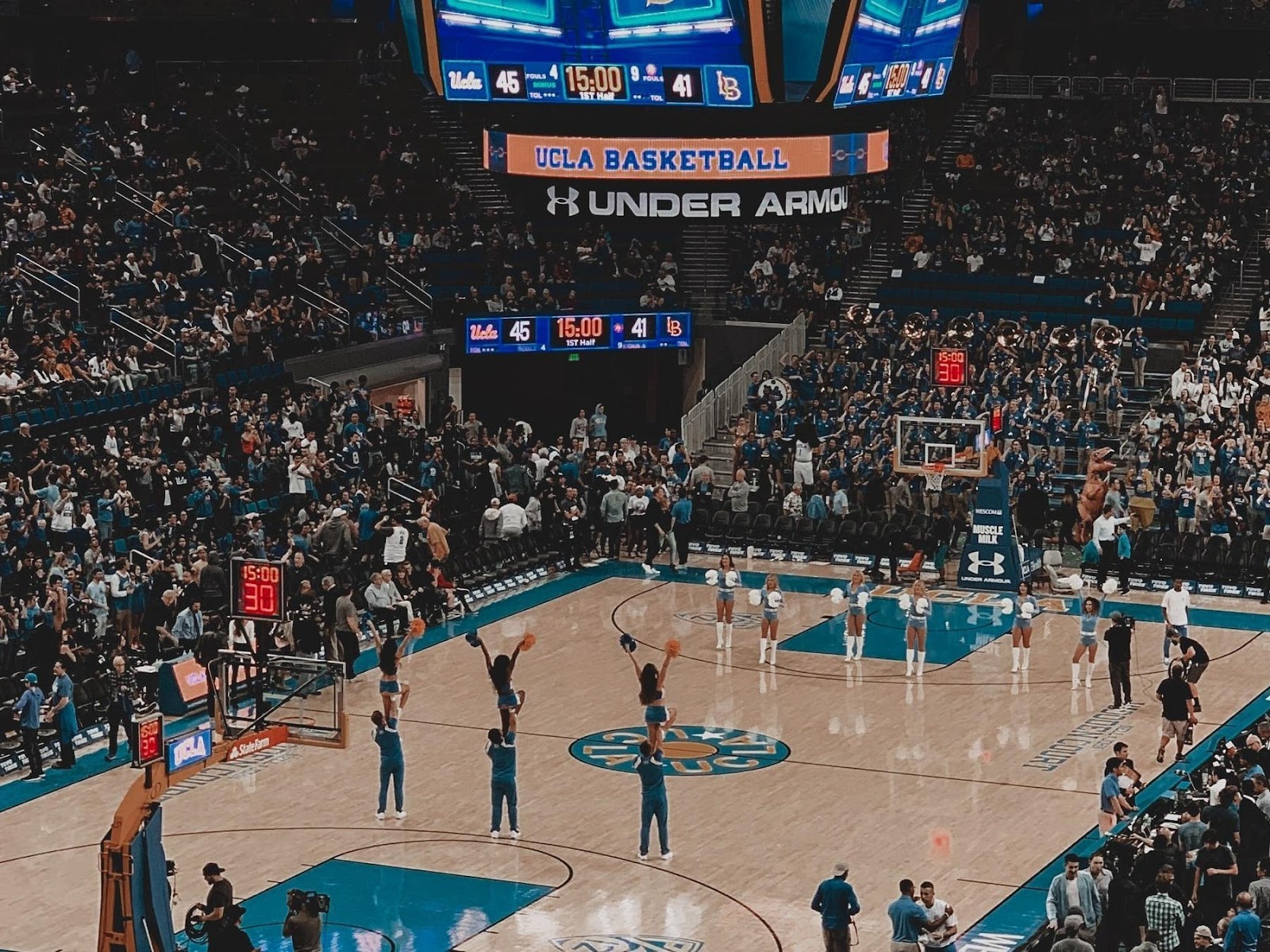 UCLA Bruins (4-seed) and UNC Tar Heels (8-seed) face each other at the Sweet 16 Round of the NCAA men's basketball tournament. UCLA saw off Saint Mary's in the Round of 32, while North Carolina caused a major upset by sending the 1-seed Baylor Bears to an early exit.

The showdown at the Wells Fargo Center in Philadelphia is set for Friday, and we can't wait to see who advances to the Elite 8. Reputable sportsbooks across the country have quoted college basketball betting odds for the big game. The odds generally favor UCLA by a slim margin.

The two teams have a well-documented history between them, both on and off-court. Both teams belong to an elite club of college blue bloods. They both have a track record of winning championships and have produced some of the finest players in the history of basketball.

UCLA vs UNC Over the Years

When it comes to national championships, UCLA comes out on top with 11 to their name, the most of any college team in the NCAA tournament's history. But North Carolina are not so far behind; they've won six championships and are third in title wins.

The Tar Heels may have fewer championships, but they are the better team for overall NCAA tournament wins. They have 128 wins, compared to the Bruins 107.

It may come as a surprise that despite their history, the Bruins and Tar Heels are only meeting for the third at the NCAA March Madness, the first being their memorable matchup at the 1968 NCAA Championship game. The game featured NBA legend Kareem Abdul-Jabbar, widely regarded as the greatest centre ever to grace the league.

Kareem, who went by the name Lew Alcindor at the time, led the Bruins to their fourth championship title that year. He had a big night, registering 34 points and 16 rebounds in the game. The scoreline ended 78-55, a comfortable win for UCLA.

The next NCAA tournament game between the two came in the second round of the 1989 championship; North Carolina avenged its 1968 loss, defeating UCLA by a 88-81 scoreline. The 1989 Tar Heels team had current head coach Hurbert Davis on its roster.

UCLA and UNC have also faced each other in a stint of regular-season games. The Bruins lost all four games against the Tar Heels between 1987 and 1999 but snapped this losing streak in 2000 thanks to free throws from Ryan Bailey late in the game.

However, their win was short-lived as UCLA is yet to win a single match up against North Carolina since 2000, losing all five games. The Bruins' latest loss came in 2019 when they lost by 10 points (64-74). Armando Bacot scored 15 points (5-10 FT) and tallied 12 rebounds to lead North Carolina.

Overall, UNC is 10-3 against UCLA. The two teams were to face each other early in the season, but the game was postponed due to COVID-19 concerns. But we won't be mad about that as both teams are set for another showdown.

While their on-court history is epic, both teams have faced recruitment battles over the years. We all know Michael Jordan, widely regarded as the greatest basketball player of all time, was drafted as the 2nd Overall pick out of North Carolina in 1984. But do you know that MJ always wanted to go to UCLA?

In a 1992 Playboy interview, Jordan made it known that UCLA was his dream school growing up. But he never got recruited. He would later accept a basketball scholarship to UNC where he won the 1982 NCAA championship tournament, scoring the game-winning jump shot.

Who will advance to the next round? We'll have to wait to find out. Another chapter of the illustrious history between these two programs is about to be written.