Here is a game-by-game breakdown of the 2015 UCLA Football schedule, without getting into all the specifics just yet.

It's almost here. The anticipation is starting to build. Football season is  finally almost here!

As we continue our Fall Football Preview today, we take a look at each game on our schedule with one of my personal favorite features. I don't know about you, but I've always called it "Easy Bear, Hard Bear" for obvious reasons.

Let's jump right in and take a look at the Season Opener at home versus Virginia. 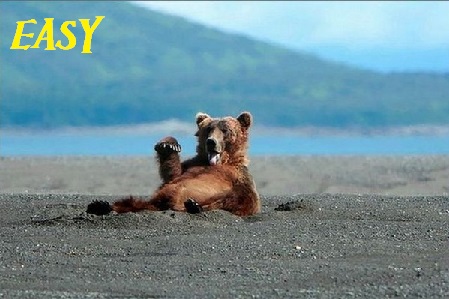 The Bruins start their season with a home game. You might think that last year's showing against Virginia would make this a tougher game. While Virginia was a much improved team that finished the season 5-7, they managed to lose every road game they played last season. The other big factor will be the fact that UCLA now has an experienced defensive coordinator in Tom Bradley, rather than Jeff Ulbrich who was learning on the job and whose defense let UVA back into the game. They should not pose any problems for the Bruins.

Why the game is winnable: Virginia was no longer the worst team in the ACC last year but they still have nowhere near the talent level on their team to beat the Bruins.

This game should be an easy win for the Bruins. UNLV only won two games last year, but new head coach Tony Sanchez means that it's possible that it could look more like last year's Memphis game. Sanchez joins the Rebels after turning Bishop Gorman into a national powerhouse. That alone means that UCLA cannot look past this game. UNLV should be a much better football team this season under Sanchez, but the Bruins should prove to be too much for the Rebels to handle in the first home game of the Sanchez era. And, while there is renewed excitement for the UNLV football program, this may be the one place UCLA fans are willing to travel to in large numbers to see a game. If enough Bruin fans show up, there should be so many eight claps going on that UCLA ruins the home debut of Sanchez's Rebels. Last season, the largest home crowd for a game at Sam Boyd Stadium was just over 20,000. Look for a capacity crowd of 36,800 and lots of blue and gold in the stands at this one.

Why the game is winnable: UNLV was the worst team in the MWC last season beating Northern Colorado by only one point and needing OT to defeat Fresno State by 3. The talent level on the team pales in comparison to the Bruins', but it would be a mistake to overlook this team. 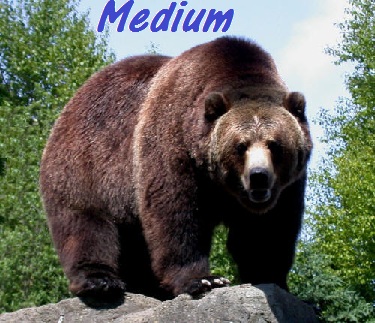 Brigham Young University...where should I start? Well, I remember when BYU visited the Rose Bowl in 1993 and the Bruins won 68-14 which tied the record for the largest margin of victory in UCLA history. (Correction: An earlier version of this article said that BYU last visited the Rose Bowl in 1993, but they also visited in 2007) The bad news? It won't be that easy this time. UCLA will face a BYU team which started off 4-0 last season and finished 8-5 overall. They shared 4 opponents with UCLA last season: Texas, Virginia, Cal and Memphis in the Miami Beach Bowl. They beat the first three and went to double OT before losing to Memphis.

Playing UCLA at the Rose Bowl is the biggest game on BYU's schedule, so expect them to play like it.

Why the game is winnable: While BYU has a very good quarterback in Taysom Hill, their talent level drops off in other positions. Hill may be the best BYU QB since Steve Young, but his supporting cast just doesn't have enough talent to win this game.

UCLA begins conference play with a road game in the desert. While last year was no cakewalk, UCLA has won the last three meetings comfortably. While Arizona returns a lot of starters, so do the Bruins. This does have the possibility to become a game where UCLA stumbles if they don't stay focused. U of A returns their QB Anu Solomon, top rusher Nick Wilson, their top receiver Cayleb Jones and, of course, Scooby Wright.

Why the game is winnable: Aside from a TD on the opening drive, UCLA's defense shut down Arizona's offense last year. Look for that to happen again this year. But, because this game could become a trap game, it earns a Medium bear.

After being embarassed last season on national TV, ASU comes to the Rose Bowl with revenge on its mind after UCLA destroyed the Sun Devils last year. QB Mike Bercovici is now the regular starter and, while the team lost Jaelen Strong, they are looking to former Bruin Devin Lucien to fill that role.

Why the game is winnable: Make no mistake: ASU has a good football team, but they are still a little young. If they had played us tougher last year, this may have been categorized as "Hard", but between ASU's lame showing against us last year, I think Medium is appropriate.

0-4. Thursday night. National TV. These three things combine to put this game in the "Hard" category. Hell, let's face it. Coach Mora's 0-4 record against Stanford is what makes this game hard. Going to the Farm on a Thursday will likely reduce attendance. Remember how few Stanford fans showed up for the Pac-12 Championship Game played at Stanford on a rainy Friday night? Sure, Stanford took a step back last season, but look for them to rebound this year. Kevin Hogan returns for what feels like his tenth year, but, it's the Stanford defense that shuts down its opponents in the second half. Overall, their system just works.

Why the game is winnable: Two words: Tom Bradley. This will be the game where Coach Bradley earns his paycheck. He has experience shutting down the grind-it-out offenses of the Big 10. Hmmm....Sounds a lot like the Stanford offense to me. If the Bruins shut down the Stanford offense, we will avoid a repeat of last season.

Following a huge game against Stanford, this has all the makings of a trap game. Normally, UC Berkeley's fans tend to make the trip down from NorCal to show up for this game, but this is a second-straight Thursday night game and it kicks off at 6pm. That's the football equivalent of "If a tree falls in the forest and no one hears, does it make a sound?" If no one is there, does the game count? Regardless, the talent disparity is still quite apparent now between the two programs, despite the fact that the Bears are touting Jared Goff as a Heisman candidate.

Why the game is winnable: Cal is still in the midst of a massive rebuilding under Sonny Dykes. As long as Coach Mora keeps the team focused, this should be an easy win.

The Buffs showed a lot of progress in 2014 under Coach McIntyre, and their young QB has brought back some hope to a moribund program. Colorado is a team with a lot of upside. McIntyre is in the process of building a potentially good football team which played UCLA tough the past two seasons and forced double overtime last year. McIntyre will have them even better this year. UCLA should be aware and on their toes in order to avoid complacency, as the players are used to seeing the weak Colorado teams. This team will be different. But the Buffs still play in the Pac-12 South, meaning the results may not be much different.

Why the game is winnable: A well-coached and hungry team is always a threat, and UCLA would be foolish to overlook the Buffaloes. But, ultimately, UCLA's talent should give the Bruins this victory.

Oregon State returns to UCLA's schedule for the first time since 2012. New head coach Gary Andersen posted impressive results at Wisconsin, but he took over a Badger team that was already loaded with talent. The Beavers aren't there yet. But UCLA has to go to Corvallis this year and road games are never easy.

Why the game is winnable: OSU is a team in transition. There will be a new coach with a new system and a new QB. That's a lot of newness. It may wear off by this point in the season and the trip to Corvallis is never fun. But, I expect Coach Mora to keep the team focused and come home with a win.

Last year, they were the second worst team in the conference, winning only 3 games. They have a new defensive coordinator who ran almost nothing but nickel defenses in the spring game. This game should be entertaining because it will be the first time Mike Leach brings his team to the Rose Bowl.

Why the game is winnable: There's a simple solution to beating a nickel defense: pound the ball on the ground. Watch for Paul Perkins and the UCLA Offensive Line to do just that. This will be the game that puts Perkins on everyone's radar screens. With a bye week next week, it would be hard for the team to look beyond the Cougars.

Rice-Eccles Stadium can be a tough place to play, especially in November. The weather can certainly play a role in the outcome of the game. Utah provided other teams with a road map for beating UCLA last year by putting pressure on Brett Hundley and sacking him 10 times. Let's hope Coach Klemm watched the film of that game several hundred times while he was suspended and has found a way to block Utah's pass rushers. Years in Happy Valley, PA will make this environment a comfortable one for Tom Bradley. Let's hope he passes that on to his players.

Why the game is winnable: Last year's game was winnable, but our defense didn't hold in the end and gave up the go-ahead field goal with less than a minute to go. This year, the defense stops the Ute offense. In Bradley, we trust, but this may be a knock-down, drag-out fight till the end.

The rivalry game is always hard. The records don't matter. The Southern Cal program may live up to its preseason hype and it may not. Either way, the Trogans will come to play.

Why the game is winnable: Every rivalry game should automatically be winnable. If you can't get up to play $c, you don't belong on a UCLA team. There is definitely still some talent on this team and the sanctions are over. But their coach is known as Seven-Win Sark for a reason. Trogan fans will say, "But he won NINE last year." That's nice. His average is still seven wins per season.

There you have it. While I think every game is winnable, it does not mean that it is what we are expecting or predicting. A lot of information is still yet to come and we will get to that later on this year.

Based on the same post last year, UCLA was 3-0 in the Easy games, 4-2 in the Medium games and 2-1 in the Hard games. This year we have one more "Easy" game and one fewer "Medium" game.

Well anyway, fire away with your thoughts and how you view each of these games.  Hopefully, at the end of the season, everyone in Bruins Nation will be doing this.