The Bruins return home to Westwood for a match up with the Oregon schools this week. First up, Beavers...

By the way, OSU coach Craig Robinson is the president's brother-in-law.

Since we don't have Achilles doing pre-game guesses, I'll just throw this out...how many minutes into the game until that fact is referenced? I'm sure it will be mentioned 42 times in pregame, but let's use tipoff as our starting point and guess when it will get referenced next. I've guessing it'll come between 3 and 4 minutes in. Who wants the under?

Well, Thursday is back and our Bruins are back home at Pauley Under Glass after taking two games on the road last weekend. The Bruins struggled to find their offense in Utah, but Utah was worse (now 0-5 in Pac-12), and the Bruins left a snowy Salt Lake with a win. The Bruins then hopped over the Rockies to Boulder and, despite some last minute CU heroics, had a surprisingly easy time with a Buffaloes team (now 1-4 in Pac-12) that I overestimated. While the wins are always welcome, I don't think we can take a whole lot from the road trip in retrospect, as neither opponent looked very good, which unfortunately speaks more to the conference rather than just those teams having bad days. This is why the Pac-12 is the #6 conference in RPI, behind such basketball powerhouses as the Big 12 and the Mountain West (OMG, why am I talking about the Mountain West? This is a UCLA blog!) Really, we don't make this stuff up, folks. We just point it out, and then point out it shouldn't be like this. We are all glad the Bruins are winning. However, most of us are not booking trips for the Final Four right now either.

U.C.L.A. now returns home to host the Oregon schools at P.U.G. The Bruins will start with the easy matchup tonight against the Oregon State Beavers. Gametime is set for 6 pm PST and moving pictures will be on ESPNU. The Bruins are riding high, having won 9 in a row, leading the Pac-12, and are looking for their first 10 game win streak since 2008-9, which was also the last time the Bruins opened the conference 4-0. The Beavers, on the other hand, have lost 4 of 5 and are 0-3 in the conference. To make matters worse, their leading rebounder was left home in Corvallis after being suspended for violating team rules. Thus, any tiny semblance of defense the Beavers might have had is further gone. There is going to be a race to Burger King. DCBruins' typically fantastic preview can be found here.

In the meantime, here are some of the bites out there in the UCLA-iverse that look good for today...

Coach Wooden called me over one day after practice early my sophomore year and said, ‘Come here Keith. Let me see how you shoot that ball. I want to see you shoot some shots around the key. I was really confused by that and also terrified. You didn't want the man calling you out about anything, especially in front of other guys. I did what he said. He said he would rebound for me. That really confused me. I thought he was going to call one of the players to rebound for me. What I remember about that is every pass was perfect. I thought, ‘I could get used to playing with this guy.' I was drilling it. My manhood and my credibility was on the line at that moment. Then he called me back and asked me, ‘How did you shoot that again?' I'm thinking, ‘Really? You just saw me shooting 40 or 50 shots.' I said, ‘I go like this and I go like that.' Then he said well did it leave your fingertips. I thought about it and I said, ‘Yeah, coach.' Then he said, ‘Okay you're dismissed.' Years later, we laughed about it. He said he thought about changing. My setup and my finish, he thought was textbook. Whatever happened in between, he decided to leave it alone. I'm so glad he did.

All right, gang, these are your Bruin Bites to get Thursday game day started. Your reaction and comments are gladly welcomed below.

But before that, I do have one last bit of insight on tonight's OSU game... 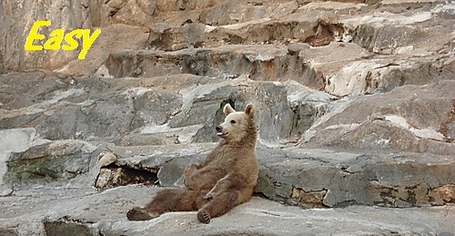 Bless you, tasser10. via assets.sbnation.com