We take a look at the attitude among some UCLA fans that perpetuates the cycle of mediocrity and empowers our inept athletic director to continue making terrible decisions.

You thought we were kidding, but reality can be a bitter pill.

After Steve Alford led his team to a loss against Oregon State this past weekend, you would think most people, and especially most Bruins who have any sense of what UCLA Basketball should be, would understand the depths of the disaster unveiling in Westwood.

But we've been around and we know better.  And Nestor told you all to brace yourselves for the excuses.

For here comes the Legion of Losers, charging back to be heard and impose its pathetic standards of mediocrity onto the most decorated program in the history of college basketball.

They have taken on various forms and names, from Dorrellistas to Howlers and Neubs.  I don't think we have quite settled on a name for this new breed, some calling them Alfies, others going with Alfalfas.  Given the TIARA nickname, we have also seen Princesses, or Pageant Queens.  It doesn't matter, they're all losers.

They don't last a minute on BN because their arguments (if they have any, other than "this is my opinion, respect it!") are so pathetic that they don't stand up to proper reasoning.  Instead, they scurry on to our Facebook page to impart their wisdom.  What is absolutely hilarious is that we had these exact same comments on the prior occasions with other coaches whom we criticized, to the point where, if taken out of context, you literally could not tell which coach they were defending.

So without further ado, here are some prime samples of the sad state of affairs.  Of course, identities were hidden to protect the losers innocents, because this stuff is sure to get your blood boiling.

The "He's a Bruin" fallacy

I think the writer(s) for this blog should be slightly more supportive and slightly less biased against alford. He's currently the coach of this team whether you like it or not. He's a Bruin now. Show some love.

Come on people, show some love.  You all worked your butt off and paid tuition to go to school.  Alford is getting paid millions to be here, show him some love for crying out loud.

I loved this exchange:

Wooden built a program from scratch and created an unmatchable legacy, while Alford snuck in after the glory.  They are the same!  Give Alford time to prove that he's just as mediocre as his record suggests!  Here's a hint for the morons:  it's not UCLA that makes the coach great.

I will always support Bruin student athletes, and because of that, I will support their coach until the players publicly express that they do not like their coach.

That happens all the time!  Players like to come out in public against their coach because it's not like they're worried about retribution or anything like that.  Come on, the players have a lot of say with the Morgan Center, Guerrero really cares!

And if my aunt had balls she'd be...well, you know.  What's a joke is the way "ridiculous" is spelled.  Now that's funny.

The "Coach Can't Play For Them" fallacy

Like quarterbacks ..coaches get too much credit and too much blame ..players win games.. He wasn't outcoached the players were outplayed

Oh I so would want these guys to be athletic directors somewhere, just so I could get hired.  I'd never get fired!  In any sport!  Fire the players!

Dude, you are becoming a propagandist, AGAINST Alford and no more. It's rather pathetic. You need to grow up.

First of all, I didn't know that propaganda was child's play.  I mean, that'd be a seriously messed up kid.  "Peas are an abomination and stunt growth".  "Cookies are an essential part of a healthy diet".  But more seriously, if you actually used your UCLA education, you would know that propaganda is a form of communication whose intent is to sway the opinion of the community toward some cause or position by presenting only one side of an argument.  We're still waiting for the other side of the argument though, so unfortunately for you, what we are communicating is the Truth.

btw the way BALFORD had a better game at OSU than your boy LAVINE...humm...maybe the kid can play some after all...just sayin"

Give it a rest. Alford plays defense AND offense. And he does both well.

He is a PG... lavine and Powell are not

I swear, these are actual comments, I did not make them up.

Anyway, you get the idea.  The most hilarious part of all of this is that many of the commenters who complain about the "negativity" on BN seem to comment on every post...by complaining.  Hypocrisy aside, it really makes you wonder why some people continue to read the blog. 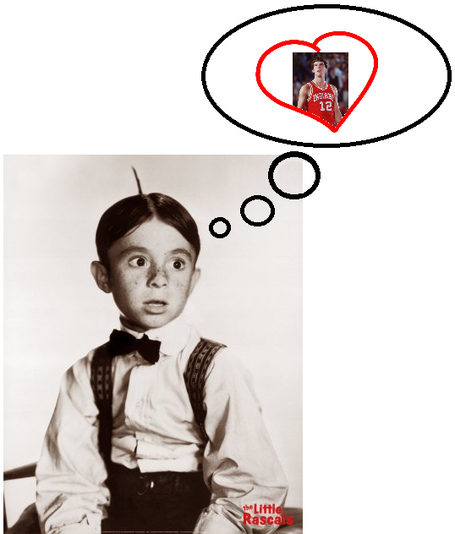 Brace yourselves folks.  We have a few more years of this.