Could UCLA's Mazzone Be On His Way To BYU?

BYU Coach Bronco Mendenhall will be the new coach at the University of Virginia. We have already found his replacement at BYU.

Share All sharing options for: Could UCLA's Mazzone Be On His Way To BYU?

BYU head coach Bronco Mendenhall has been hired to replace Mike London as the next head coach of the University of Virginia Cavaliers according to multiple reports.

One can only guess that he saw something from the Cavaliers game film against us that made him want to go coach at UVA. I'm joking about that.

But, Mendenhall really is leaving Provo for Charlottesville.

This, obviously, leaves the Cougars with a head coach opening. And we have the perfect candidate for Tom Holmoe to consider. 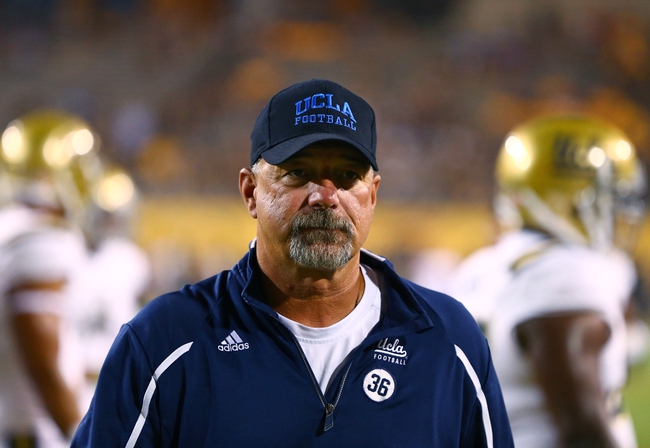 Yup. You guessed it.

BYU clearly needs a head coach like UCLA Offensive Coordinator Noel Mazzone! And, you know, he could also hire his son Taylor to serve as his OC at BYU!

UCLA will miss them both dearly. (NOT!) But, given that he's under consideration for assistant of the year, he clearly has earned the BYU job, hasn't he? (That's rhetorical.)

I don't know how UCLA Football will get along without them, but I do know that BYU is getting a hell of a coach if they hire him. (Or, at least, that BYU fans will want their coach to go to hell in a few years, even if they say it in a polite manner typical of LDS Church members.)